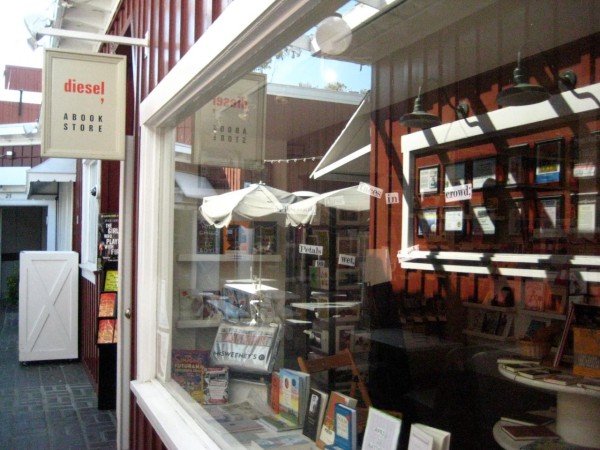 Diesel, A Bookstore plans to open a new location in San Diego this November, just as the California indie bookseller marks its 30th anniversary. The new bookstore will have 2,200-sq.-ft. retail footprint, tall ceilings, and what co-owner John Evans calls “a beachy vibe.” The booksellers signed the lease in December 2018, but waited to announce the opening. According to Evans, they are currently “looking for good booksellers.”

The new bookstore is one part of a $120 million expansion project at the Del Mar Highlands Town Center in Carmel Valley. The San Diego shopping center housed a Barnes & Noble for more than 20 years, but the location closed in 2014. “The owners had never gotten more flack from customers than when the bookstore closed,” said Evans, who cofounded Diesel with Alison Reid in 1989. “So they were eager to find a bookstore. And the bookstore that they wanted was us, because they were fans of our Malibu and Brentwood stores.”

Diesel began with a bookstore in Emeryville, Calif., but Evan and Reid relocated the bookstore to Oakland after an earthquake. During the next few decades, the booksellers expanded to include three more California locations in Brentwood, Malibu, and Larkspur.

The Malibu store closed in 2014. The founders sold the Oakland branch in 2016, it is has since been renamed East Bay Booksellers. The Larkspur branch closed in 2018. The Brentwood branch is still a popular location is Los Angeles, and Evans and Reid repainted the store this year to celebrate the 30th anniversary. “We opened up when things got very challenging for a lot of bookstores across the country,” Evans said. “We toughed it joyously through that whole thing. It's still super challenging, but we're still going strong.”

Evans and Reid are not from the area, but found a home in San Diego as they prepared the for the new bookstore. Earlier this year, they volunteered to help staff Book Catapult in San Diego when the bookstore’s co-owner Seth Marko had a medical emergency. “There's a great community of booksellers in San Diego,” said Evans. “They've been extremely welcoming.”