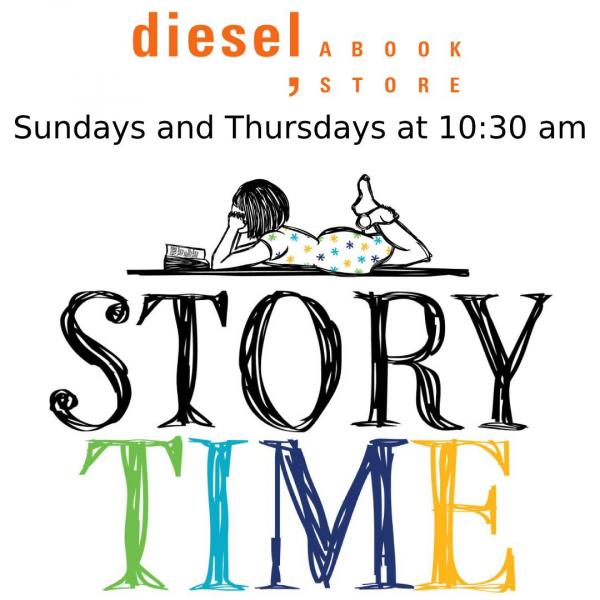 Join us for read-aloud Storytime!

Sundays at 10:30 am with a bookseller or author!

Thursdays at 10:30 am with Diversify Our Narrative!

Noelle reads Don't Hug Doug (He Doesn't Like It), written by Carrie Finison and illustrated by Daniel Wiseman.

Noelle reads If You Come to Earth by Sophie Blackall.

Noelle reads Outside, Inside by LeUyen Pham.

Noelle reviews four fantastic children's picture books that would make great gifts for the little readers in your life!

The Barnabus Project by The Fan Brothers,  Evelyn del Ray is Moving Away by Meg Medina & Sonia Sanchez, The Same But Different Too by Karl Newson & Kate Hindley, and Fern and Otto by Stephanie Graegin

Noelle reads Old Rock (is not boring) by Deb Pilutti.

Noelle reads When I Draw a Panda by Amy June Bates.

Noelle reads The Honeybee, written by Kristen Hall and illustrated by Isabelle Arsenault.

Noelle "reads" At the Pond by Geraldo Valério, a book with no words.

Noelle reads A Book for Escargot by Dashka Slater, illustrated by Sydney Hanson.

Noelle reads Antiracist Baby by Ibram X. Kendi, illustrated by Ashley Lukashevsky, available as a board book and in hardcover.

Noelle reads How to be a Lion by Ed Vere.

Storytime at DIESEL will feature contemporary and classic picture books for children, read aloud by our bookstore staff or local community volunteers. Interactive, light-hearted, and fun, Storytime is FREE and open to all.