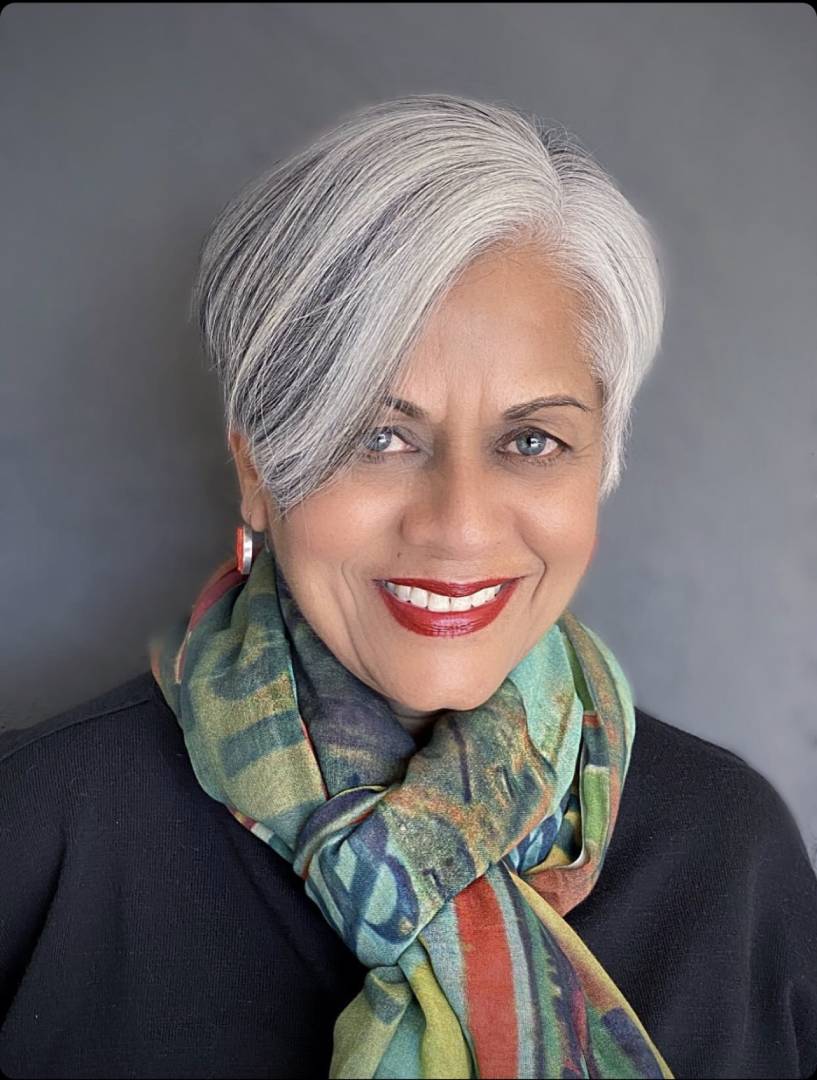 at 6:30 pm as we welcome Internationally bestselling author, Alka Joshi to the store to discuss and sign The Henna Artist and The Secret Keeper of Jaipur.
This event is free to attend and will be held in the courtyard at DIESEL, A Bookstore in Brentwood.
The Henna Artist
Set in the 1950s, The Henna Artist transports us to India eight years after India’s independence from the British Raj. We meet Lakshmi as a 30-year-old henna artist and herbalist, working for Jaipur’s elite and on the cusp of completing her dream house. The secret she’s hiding behind her skillful artistry and healing powers is the abusive husband she deserted in a small village 13 years ago. So when that husband appears on her doorstep with a young girl—a sister Lakshmi didn’t know she had--her hopes for her independent future are threatened. As Lakshmi grapples with including two new people into her carefully laid plans, she has to balance her desire for success with a yearning for familial responsibility.
The Secret Keeper of Jaipur
Alka Joshi’s captivating sequel to “The Henna Artist” exposes corruption and black market dealings in 1969 India. Lakshmi, the herbalist of the first book, sends her protégé, Malik, to intern at the Jaipur palace, while taking his new love, a young nomadic widow named Nimmi,  under her wing in Shimla. When the Royal Jewel Cinema in Jaipur collapses on opening night, fingers are pointing at those Malik cares about, he sets out to uncover the truth, which leads him right back to Lakshmi and Nimmi in Shimla. The novel affirms that seeking truth is a wholly worthwhile endeavor.
The Perfumist of Paris
Paris, 1974. Radha is now living in Paris with her husband, Pierre, and their two daughters. She still grieves for the baby boy she gave up years ago, when she was only a child herself, but she loves being a mother to her daughters, and she's finally found her passion--the treasure trove of scents. She has an exciting and challenging position working for a master perfumer, helping to design completely new fragrances for clients and building her career one scent at a time. She only wishes Pierre could understand her need to work. She feels his frustration, but she can't give up this thing that drives her. Tasked with her first major project, Radha travels to India, where she enlists the help of her sister, Lakshmi, and the courtesans of Agra--women who use the power of fragrance to seduce, tease and entice. She's on the cusp of a breakthrough when she finds out the son she never told her husband about is heading to Paris to find her--upending her carefully managed world and threatening to destroy a vulnerable marriage.
Alka Joshi was born and raised in India until the age of 9, when her family moved to the United States for her father’s doctorate education. She has a BA from Stanford University and an MFA from California College of Arts. At age 62, Joshi published her debut novel, The Henna Artist, which immediately became a New York Times bestseller, a Reese Witherspoon Bookclub pick, was Longlisted for the Center for Fiction First Novel Prize, was translated into 26 languages, and is being developed into a Netflix limited series. The sequel, The Secret Keeper of Jaipur, released June 2021 is also being translated into several languages. The highly anticipated third book of The Jaipur Trilogy, The Perfumist of Paris, will be released in March 2023. Alka worked in advertising and marketing for 30 years prior to becoming a full-time author.
Event date:
Tuesday, November 8, 2022 - 6:30pm
Event address:
DIESEL, A Bookstore
225 26th St
Santa Monica, CA 90402

The Secret Keeper of Jaipur: A Novel from the Bestselling Author of the Henna Artist (Paperback)

The Perfumist of Paris: A Novel from the Bestselling Author of the Henna Artist (Hardcover)