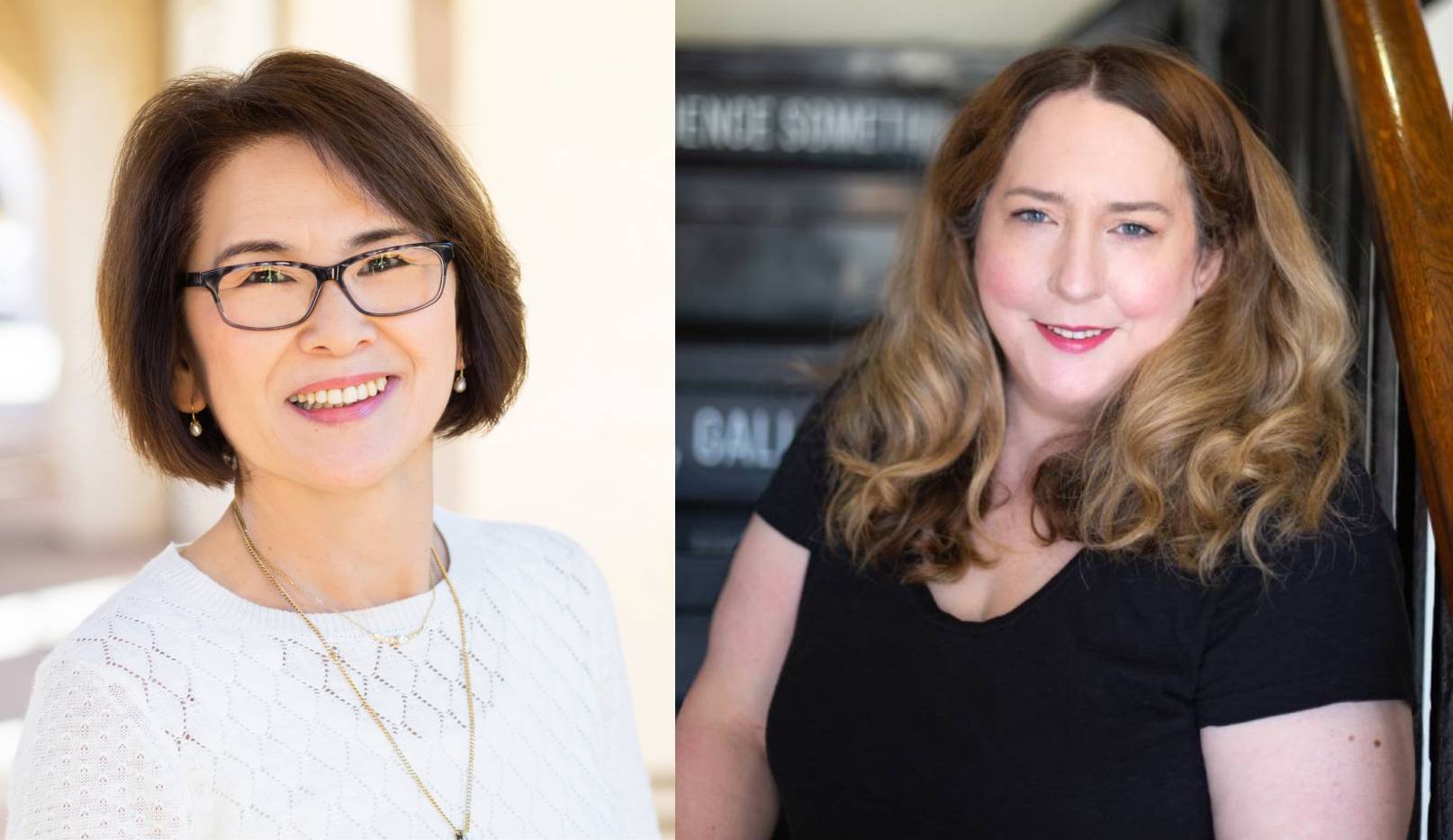 Saturday September 10th at 3 pm as we welcome Kyomi O'Connor to the store to discuss and sign A Sky of Infinite Blue: A Japanese Immigrant's Search for Home and Self. Joining her in conversation will be Tracy J. Jones.

This event is free to attend and will be held at DIESEL, A Booktore in Del Mar. Masks are required to attend.

Right from the start, Kyomi’s life was full of emotional difficulties; an adulterous father, an over-reliant mother, and a dismissive extended family. To escape her dark life in Japan, Kyomi retreated to the states to start her new life, where she fell in love with her future husband: Patrick.  This warm, charismatic, cancer researcher helped her to finally heal her past traumas through his unconditional love and support. Together, they changed careers and moved to San Diego, where they dedicated themselves to Buddhism and transformed their lives, finding purpose in spiritual growth and their desire to help others.

Then Patrick was diagnosed with stage IV metastatic melanoma in his brain, and after a fierce, three- year battle against cancer, he passed away. Kyomi was lost in grief. But when she started writing after his passing, she realized that doing so surfaced many old, unhealed wounds and ultimately became her daily spiritual practice, uncovering truth from the darkness. In this part immigrant, part spiritual meditation memoir, Kyomi shares how even with her husband gone, she found the love and light that had been within her all along.

Kyomi O’Connor is the author of the memoir A Sky of Infinite Blue: A Japanese Immigrant's Search for Home and Self publishing September 6, 2022. In actively working to address her past emotional abuse, Kyomi moved to the States in 1990 to work as a researcher. There she met her husband-to-be, Patrick, an English researcher with Irish heritage. Her life journey led to a career change when the couple moved to San Diego in 1998 for his job, and together they entered into Buddhist practice. As Patrick became ill in 2013, Kyomi took care of him for three years until his death. This experience led to the painful yet ultimately hopeful and inspirational story of one woman’s journey to finding Self.

As a devout writer and Buddhist, Kyomi uses the powerful tool of  writing as a transformative daily practice.  An avid writer, Kyomi is a member of the San Diego Memoir Writers Association and regularly posts her poems and essays on MEDIUM. Many readers love her writing style referring to it as simple, yet elegant, profound, and inspirational. Kyomi lives with two cats Tommy and Omi, and enjoys yoga, walking, and going out to appreciate her love of nature, good food, music and theatrical plays.

A Sky of Infinite Blue: A Japanese Immigrant's Search for Home and Self (Paperback)