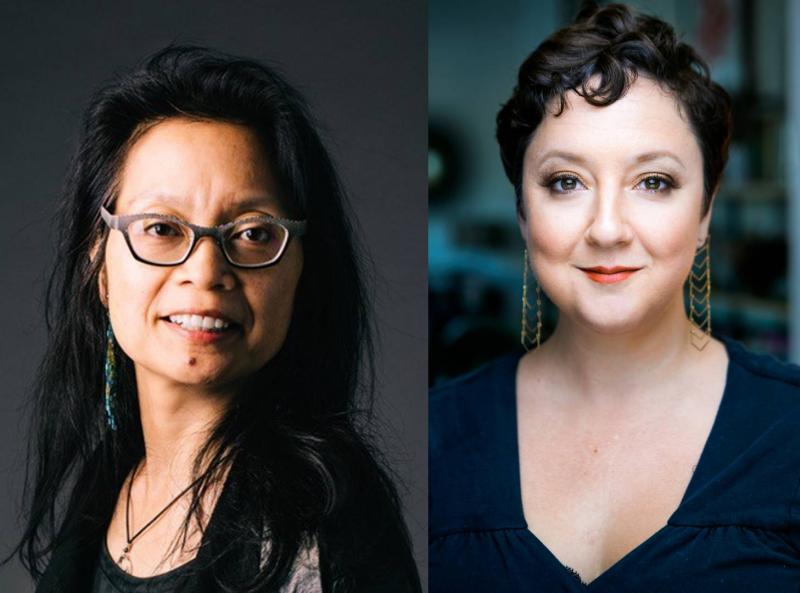 Join us Wednesday August 17th at 6:00 pm as we welcome Marie Myung Ok-Lee to the store to discuss and sign The Evening Hero. Joining her in conversation will be Julia Fierro.

This event is free to attend and will be held in the courtyard at DIESEL, A Bookstore in Brentwood.  Masks are required to attend.

The Evening Hero tells the story of Dr. Yungman Kwak, an OB-GYN in the Iron Range town of Horse’s Breath, Minnesota. Kwak immigrated in the wake of the Korean War and worked his whole life to achieve the American Dream. Now in his 70s, Kwak finds himself lost in his own skin—his rural hospital has shuttered, his son is wrapped up in his medical startup, and his wife prefers the company of her newfound church friends. A letter arrives from Korea, sending Kwak into a tailspin, reminding him that his picture-perfect life is based on a lie. He must choose to hide his secret from his family and friends or confess and potentially lose everything he holds dear. He begins to question the assumptions on which his life is built—the so-called American dream, with the abject failure of its healthcare system, patients and neighbors who perpetuate racism, horrifying inequality, and a history that doesn’t see him in it.
In The Evening Hero , Lee wrestles with big questions and big themes: how war trauma insinuates itself between the generation of immigrants and their American-born children; the dire state of medical care in the US—from rural hospital closures to crazy, high-end shopping mall medicine; and what it means to be a good Korean, a good American, a good human. And she shows us that it’s never too late to become a hero.
Marie Myung-Ok Lee is an acclaimed Korean American writer and author of the young adult novel Finding my Voice, thought to be the first contemporary-set Asian American YA novel. Her stories, criticism, and essays have been published in The Atlantic, The New York Times, Slate, Salon, Guernica, The Paris Review, and The Guardian, among others. She is one of a handful of\ American journalists who have been granted a visa to North Korea since the Korean War. She was the first Fulbright Scholar to Korea in creative writing and has received many honors for her work, including an O. Henry honorable mention, the Best Book Award from the Friends of American Writers, and a New York Foundation for the Arts fiction fellowship. Marie is a founder of the Asian American Writers’ Workshop and teaches creative writing at Columbia. She lives in New York City with her family.
Julia Fierro is the author of the novels The Gypsy Moth Summer and Cutting Teeth. Her work has been published in The New York Times, Poets & Writers, Buzzfeed, Glamour, The Millions, Flavorwire, Lenny Letter, and other publications, and she has been profiled in Brooklyn Magazine, the L Magazine, The Observer and The Economist. Julia lives in Brooklyn and Santa Monica with writer Justin Feinstein and their two children. She travels country-wide to give talks on the craft of writing, the business publishing, and on building creative communities.
Event date:
Wednesday, August 17, 2022 - 6:00pm
Event address:
DIESEL, A Bookstore
225 26th St
Santa Monica, CA 90402