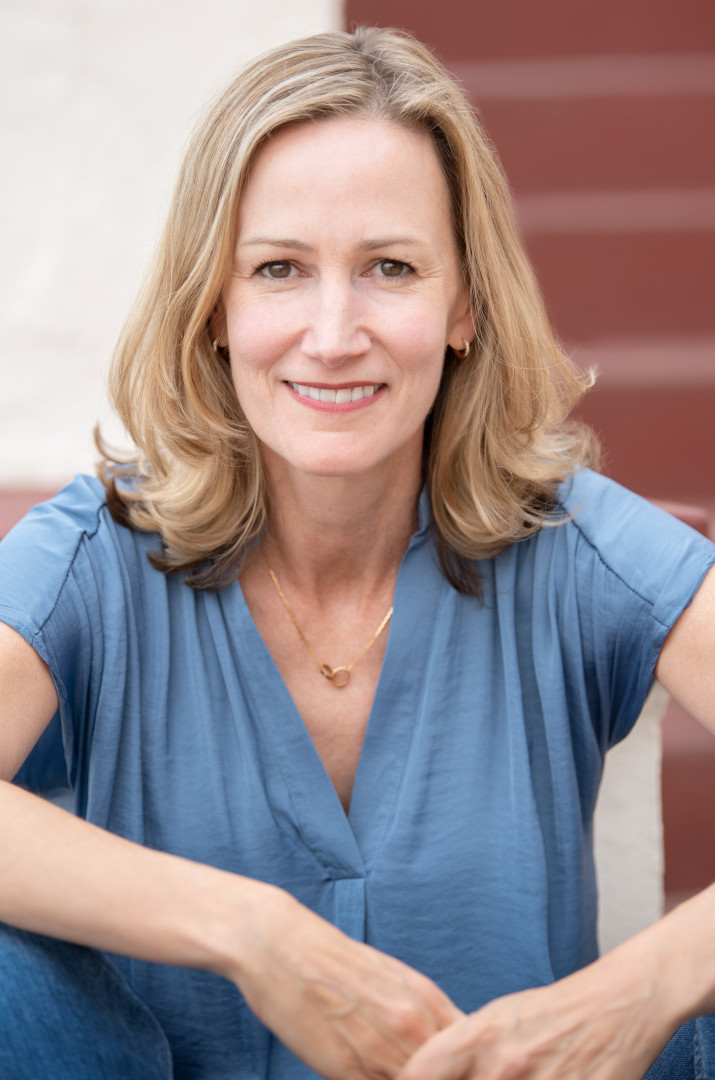 Join us on Sunday June 12th at 3:00 pm as we welcome Annabel Monaghan to the store to read from and sign Nora Goes off Script.

Annabel Monaghan was recovering from surgery a few years ago when she became addicted to Hallmark Channel romances. With their quirky small-town settings, impractical-yet-somehow-lucrative careers, and slightly too-handsome love interests, each 120-minute film offered an irresistible escape. But as each recycled narrative unfolded into the next, she became fascinated not only with the formulaic nature of these films, but with the people who wrote them. Were they hopeless romantics who believed in the kind of saccharine albeit ultimately satisfying love stories they were selling? Or were they cynics for whom rationalizing a formula for love was possible because they believed love only existed on the page?

Monaghan’s musings sparked the idea for Nora Goes Off Script, which centers on Nora Hamilton, a recently divorced romance channel screenwriter whose script about her marriage’s collapse offers her a chance to reclaim her life and find love. But finding herself in the kind of romantic comedy she always wrote about will force Nora to reevaluate her expectations for what love really is. Perfect for readers of Evvie Drake Starts Over and Beach Read, Nora Goes Off Script is the best kind of love story—the real kind where love is complicated by work, kids and the emotional baggage that comes with life. For Nora, this kind of love is bigger than the big screen.

Nora Hamilton knows the formula for love better than anyone. As a romance channel screenwriter, it’s her job. But when her too-good-to-work husband leaves her and their two kids, Nora turns her marriage’s collapse into cash and writes the best script of her life. No one is more surprised than her when it’s picked up for the big screen and set to film on location at her 100-year-old-home. When former Sexiest Man Alive, Leo Vance, is cast as her ne’er do well husband, Nora’s life will never be the same. The morning after shooting wraps and the crew leaves, Nora finds Leo on her porch with a half-empty bottle of tequila and a proposition. He’ll pay a thousand dollars a day to stay for a week. The extra seven grand would give Nora breathing room, but it’s the need in his eyes that makes her say yes. Seven days: it’s the blink of an eye or an eternity depending on how you look at it. Enough time to fall in love. Enough time to break your heart.

Annabel Monaghan is the author of two Young Adult novels: A Girl Named Digit, optioned by The Disney Channel, and the sequel Double Digit. She is also the author of Does This Volvo Make My Butt Look Big?, a selection of laugh-out-loud columns that appeared in the Huffington Post, The Week, and The Rye Record. Nora Goes Off Script is her adult debut novel.