Join us on Tuesday, April 20th at 6:30 pm for a virtual event with Arthur Sze in conversation with John Evans as they discuss The Glass Constellation:  New and Collected Poems.

The event is free to attend and will be held on Crowdcast. Register here. 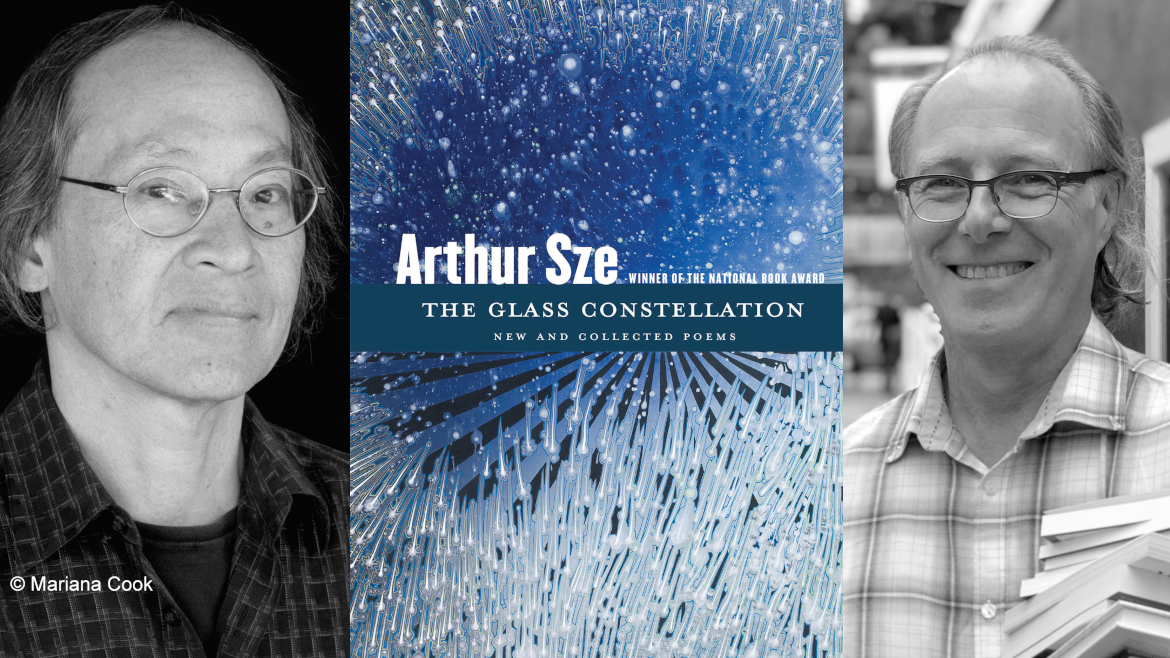 National Book Award winner Arthur Sze is a master poet, and The Glass Constellation is a triumph spanning five decades, including ten poetry collections and twenty-six new poems. Sze began his career writing compressed, lyrical poems influenced by classical Chinese poetry; he later made a leap into powerful polysemous sequences, honing a distinct stylistic signature that harnesses luminous particulars, and is sharply focused, emotionally resonant, and structurally complex. Fusing elements of Chinese, Japanese, Native American, and various Western experimental traditions — employing startling juxtapositions that are always on target, deeply informed by concern for our endangered planet and troubled species — Arthur Sze presents experience in all its multiplicities, in singular book after book. This collection is an invitation to immerse in a visionary body of work, mapping the evolution of one of our finest American poets.

Arthur Sze has published ten books of poetry, including Sight Lines, which won the National Book Award. His other books include Compass Rose, which was a Pulitzer Prize finalist. His poems have been translated into a dozen languages, including Chinese, Dutch, German, Korean, and Spanish. A fellow of the American Academy of Arts and Sciences, he is a professor emeritus at the Institute of American Indian Arts and was the first poet laureate of Santa Fe, New Mexico, where he lives.

John Evans founded DIESEL, A Bookstore with his wife, Alison Reid.  A perpetual student of poetry, he has a Master's in Poetics, has studied with poets from James Wright to Lyn Hejinian, and has been a poetry judge for the California Poppy Awards and for the National Book Award for Poetry, among others.