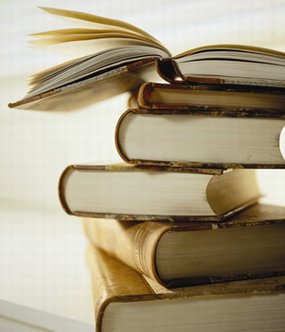 Diesel, A Bookstore in Brentwood is pleased to welcome local authors Jennifer Lauck, Dinah Lenney, and Hope Edelman for a panel discussion called Family Matters, an examination of the ins and outs and overall importance of writing about family. Join us for this illuminating event on Tuesday, April 26 at 7pm.

Jennifer Lauck is an award winning journalist and the author of the New York Times Bestseller Blackbird. Featured on The Oprah Show, Winfrey told her audience, "this should have been a Book of the Month book. Read it now!" Blackbird went on to be translated into twenty-two languages and made the bestseller list in London, Ireland and Spain. Found is her most recent memoir, the story of the search for and reunion with her birth mother.

In addition to the long-recurring part of Nurse Shirley on TV’s critically acclaimed series, ER, Dinah Lenney has played a wide range of roles in theater and musical theater, and has guest-starred on too many series to mention, among them Murphy Brown, Law and Order, Monk, and The Sarah Connor Chronicles. She’s a core member of the faculty for She’s a core member of the faculty for the Bennington Writing Seminars, the Rainier Writing Workshop, and the Master of Professional Writing program at the University of Southern California. Dinah’s essays have appeared in various literary journals as well as in the Los Angeles Times, where she has written for both the book and the opinion pages. In Bigger Than Life: A Murder, a Memoir, which was excerpted in the Sunday New York Times, she examines the self-reckoning brought about by the tragic death of her father.

Hope Edelman holds a bachelor's degree in journalism from Northwestern University, and a master's degree in writing from the University of Iowa. She is the author of five nonfiction books: the international bestseller Motherless Daughters (1994), which was published in sixteen countries and translated into eleven languages; Letters from Motherless Daughters (1995), an edited collection of letters from readers; Mother of My Mother (1999), which looks at the depth and influence of the grandmother-granddaughter relationship; Motherless Mothers (2006), about the experience of being a mother when you don't have one; and The Possibility of Everything (2009), her first book-length memoir, set in Topanga Canyon, California, and Belize. She is the recipient of a New York Times Notable Book of the Year designation and a Pushcart Prize for creative nonfiction.

The panel will be moderated by our own Diane Leslie, who has also written about her family in two novels: Fleur de Leigh's Life of Crime and Fleur de Leigh in Exile.

The Possibility of Everything: A Memoir (Paperback)

Bigger than Life: A Murder, a Memoir (American Lives ) (Hardcover)