Join us on Sunday, August 15th from 2 pm until 4 pm in Brentwood for our first IN PERSON event this year as we celebrate 8 authors who were brought together through Lockdown Literature. We'll be gathering outside but of course we do please request that everyone wears masks. Thank you! 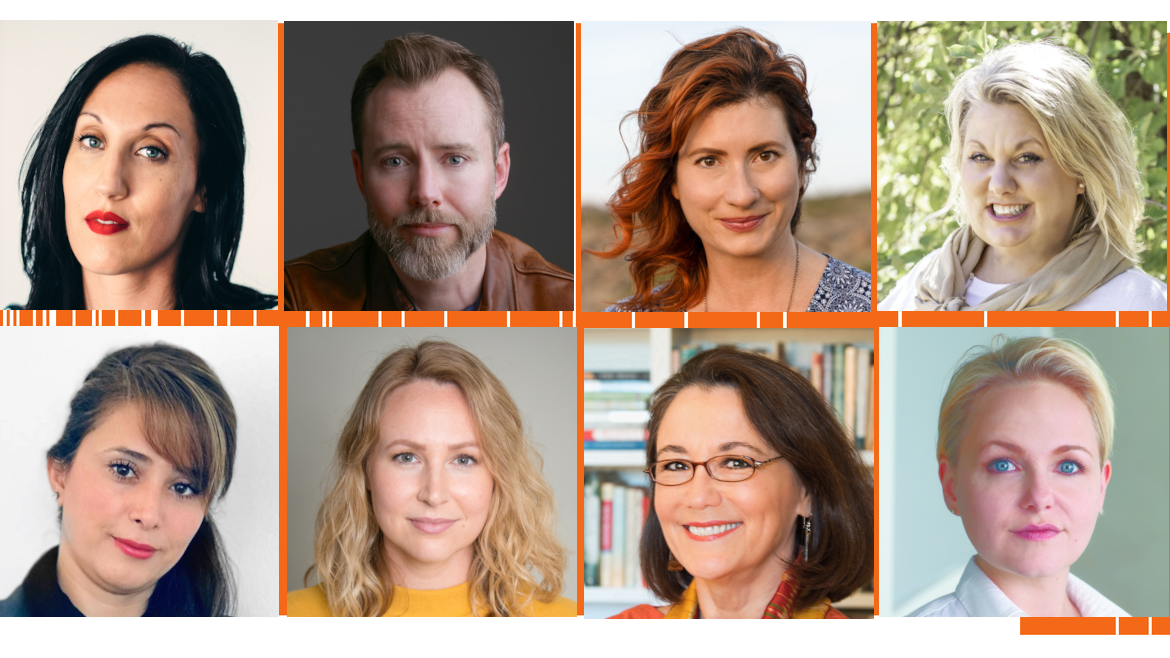 What exactly is Lockdown Literature, you might ask?  It's a group of authors with books published during the coronavirus pandemic who have banded together to support one another and spread the word about these books. So many things things happened during the Lockdown - including the release of many wonderful books that didn't draw the attention they may have received because our attention was elsewhere.  We want to shine a light on 8 of these incredible books and their authors and we hope you'll join us!

Nina Renata Aron is a writer and editor based in Oakland, California. Currently, she is Senior Editor at T Brand Studio at The New York Times. Her writing has appeared in The New York Times, the Los Angeles Times, The Guardian, the Los Angeles Review of Books, The New Republic, Elle, Eater, Jezebel, and elsewhere. Good Morning, Destroyer of Men's Souls:  A Memoir of Women, Addiction, and Love, is a blazing, bighearted book that illuminates and adds nuance to the messy tethers between femininity, enabling, and love.

Adam O. Davis is a poet, photographer. and teacher. His debut poetry collection, Index of Haunted Houses, won the Kathryn A. Morton poetry prize.  He holds a B.A. in Creative Writing from the University of California, Riverside, and an MFA in Poetry from Columbia University. He currently teaches English at The Bishop's School in San Diego, California.

Maggie Downs is an award-winning writer based in Palm Springs, California. Her work has appeared in The New York Times, The Washington Post, the Los Angeles Times, Palm Springs Life, and McSweeney's.  It has also been anthologized in The Lonely Planet Travel Anthology:  True Stories from the World's Best Writers and Best Women's Travel Writing. Braver Than You Think is her first book.

Jennie Englund began Taylor Before and After, her first book, during her time as a National Endowment for the Humanities fellow in Hawaii. She now lives in Oregon where she is completing her second book.

Ava Homa is a writer, journalist, and activist specializing in women’s issues and Middle Eastern affairs. She holds an M.A. in English and Creative Writing from the University of Windsor in Canada. Her collection of short stories, Echoes from the Other Land, was long-listed for the Frank O’Connor International Short Story Award, and she is the inaugural recipient of the PEN Canada-Humber College Writers-in-Exile Scholarship. Daughters of Smoke and Fire is her debut novel.

Celia Laskey’s debut novel Under the Rainbow is out now with Riverhead Books. Her second novel, So Happy For You, is forthcoming from Hanover Square Press. Her writing has appeared in Guernica, The Minnesota Review, Day One, and elsewhere. She has an MFA from the University of New Mexico and currently lives in Los Angeles with her wife and their dog Whiskey.

Aimee Liu is a bestselling novelist and memoirist. She’s received a Barnes & Noble Discover Great New Writers Award and the Bosque Fiction Prize. Her essays have appeared in numerous publications, including the Los Angeles Review of Books, the Los Angeles Times, and Poets & Writers. A past president of the national literary organization PEN Center USA, she holds an MFA in Creative Writing from Bennington College and is on the faculty of Goddard College’s MFA in Creative Writing Program. Glorious Boy is her most recent novel.

Rufi Thorpe received her MFA from the University of Virginia. She is the author of Dear Fang, With Love, and The Girls from Corona del Mar, which was long listed for the International Dylan Thomas Prize and for the Flaherty-Dunnan First Novel Prize. The Knockout Queen, a dazzling and darkly comic novel of love, violence, and friendship in the California suburbs, was named a Best Book of the Year by Instyle. She lives in Los Angeles with her husband and sons.