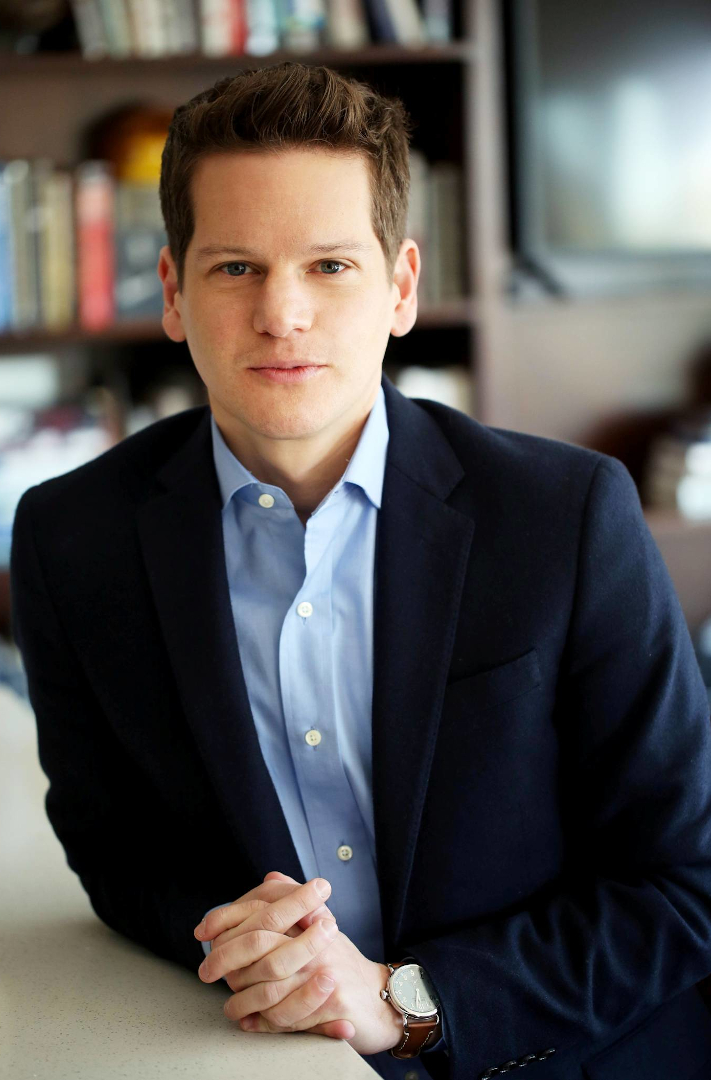 Join us on Wednesday, February 19th at 6:30 pm as we welcome Graham Moore to the store to discuss and sign The Holdout!

When fifteen-year-old Jessica Silver, heiress to a billion-dollar real estate fortune, vanished on her way home from school, her teacher Bobby Nock became the prime suspect. The most sensational trial of the decade ensued, tapping straight into America's most pressing preoccupations: race, class, sex, law enforcement, and the lurid sins of the rich and famous. It was an open-and-shut case for the prosecution, and a quick conviction seemed all but guaranteed. That is, until Maya Seale, a young woman on the jury, convinced of Nock's innocence, persuaded the rest of the jurors to return a not guilty verdict -- a controversial decision that changed their lives forever.

Flash forward ten years. A true-crime docuseries reunites the jurors, with a particular focus on Maya, who is now a defense attorney herself. When one of the jurors is found dead in Maya's hotel room, all evidence points to her as the killer. Now, she must prove her own innocence by getting to the bottom of a case that is far from closed.

As the present-day murder investigation unspools alongside the story of what really happened during their deliberation, the secrets the jurors have all been keeping threaten to come out -- with drastic consequences for all involved.

Graham Moore is the bestselling author of The Last Days of Night and The Sherlockian, and the Academy Award-winning screenwriter of The Imitation Game, which also won a Writers Guild of America Award for best adapted screenplay and was nominated for a BAFTA and a Golden Globe. Moore was born in Chicago, received a B.A. in religious history from Columbia University in 2003, and now lives in Los Angeles.

The Holdout: A Novel (Hardcover)