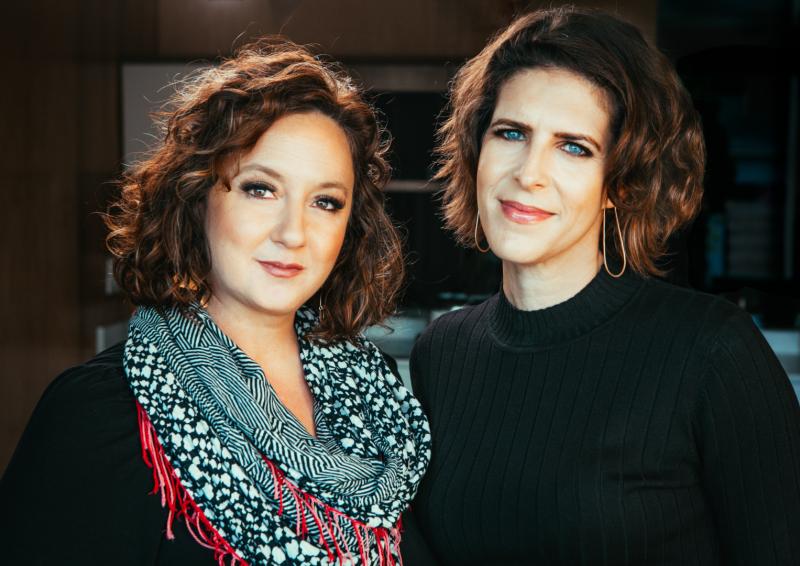 Join us on Tuesday April 26th at 6:30 pm as we welcome Cassidy Lucas (aka Julia Fierro and Caeli Wolfson Widger) to the store to read from and sign The Last Party!

For Los Angeles native Dawn Sanders, turning 50 does not feel like cause for celebration: her career as an esthetician to westside L.A.’s wealthy women has dead-ended, her developmentally challenged 19-year-old daughter Quinn seems to be regressing, and her ex-husband, a fertility doctor worshipped by the Hollywood set, is forever disrupting her daily life. But when Dawn’s actress best friend Mia Meadows insists on planning a “creative” milestone birthday weekend for her in Topanga Canyon, she agrees to the plan.

And so, on the weekend of the Summer Solstice, Dawn and her six closest friends ascend high into the Canyon for the celebration. Their destination is an Airbnb named “Celestial Ranch,” 18-acres of wild, wooded mountainside where they’ll spend three dreamy days hiking, horseback riding, and enjoying lavish catered meals. Mia has even gone so far as to hire a well-known psychic to supply individual “future visions” to each guest, and has procured a supply of DMT, the short-acting psychedelic drug, which Dawn has no intention of trying -- at first.

But as the weekend unfolds, long-buried tensions, unresolved grievances, and old secrets among the friends begin to emerge, and Dawn finds herself desperate for clarity and answers about her life and relationships. What began as a weekend of respite and celebration takes a dark, swift turn as Dawn finds herself deserted on a dark mountainside in the middle of the night. What could Dawn have possibly done to deserve a birthday like this -- and how will she make it through the night unscathed?

Cassidy Lucas is the pen name of writing duo Julia Fierro and Caeli Wolfson Widger. Fierro is the author of the novels Cutting Teeth, praised by The New Yorker as a “comically energetic début,” and The Gypsy Moth Summer, called “hugely engaging” by Francine Prose. Widger is the author of the novels Real Happy Family and Mother of Invention, praised by Margaret Atwood  as “A pacey thriller!” and was featured on NPR’s Marketplace. Both Fierro and Widger live in Santa Monica with their families.

The Last Party: A Novel (Paperback)