Join us on Thursday, April 8th at 6:30 pm for a virtual event with Flynn Berry, in conversation with Elizabeth Wetmore, as they discuss Northern Spy.

The event is free to attend and will be held on Crowdcast. Register Here. 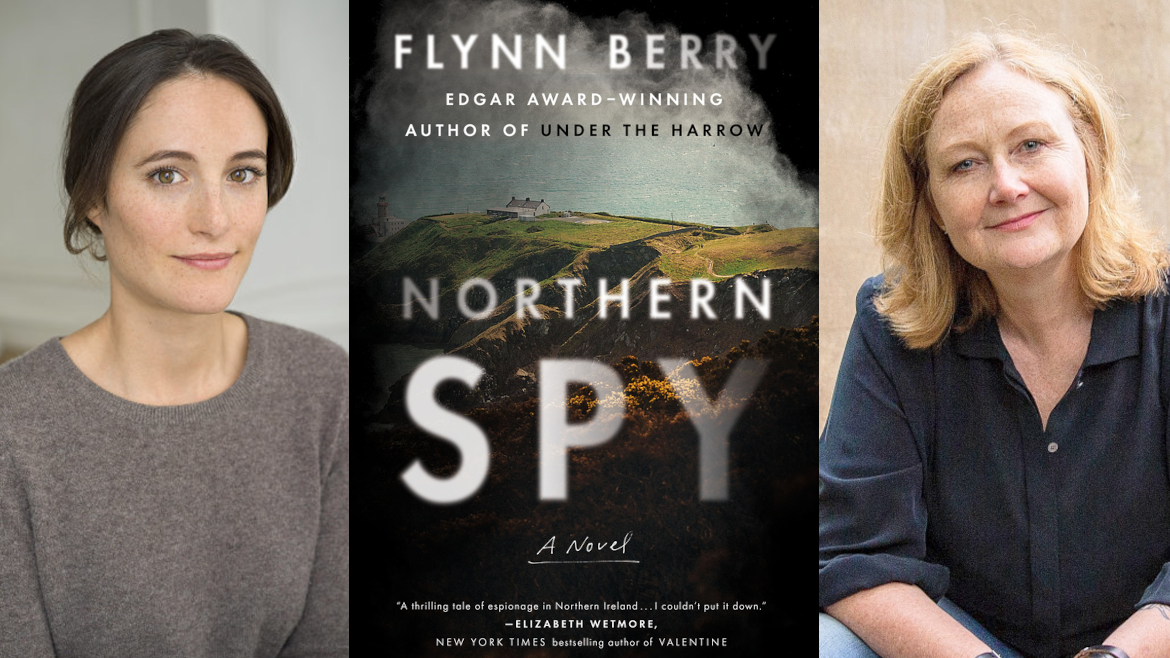 Flynn Berry, the Edgar Award-winning author of Under the Harrow and the critically acclaimed follow-up A Double Life has established herself as one of the best new voices in suspense. She returns with Northern Spy, an extensively researched and immaculately crafted thriller about the contemporary IRA, and two sisters who find themselves caught in the middle of the re-escalating conflict in Northern Ireland.

Tessa, born and raised in Belfast, is a news producer for the BBC. She is also the single mother of a six-month-old son who she is raising in the shadow of escalating threats to peace by a reemerging IRA. While at work one day, news breaks of an IRA raid. Tessa freezes as security camera footage reveals a familiar face: her sister, Marian, who is at the scene, putting on a black ski mask. From that moment, Tessa’s life is upended as she struggles to confront the seemingly impossible truth that her sister has become involved with the IRA.

With stunning precision and detail, Berry has delivered a novel that is at once a riveting thriller, a moving exploration of sister- and motherhood, and a fascinating exploration of life in the midst of an entrenched conflict, and its often-unseen repercussions.

Flynn Berry is a graduate of the Michener Center for Writers and the recipient of a Yaddo fellowship. Her first novel, Under the Harrow, won the 2017 Edgar Award for Best First Novel and was named a best book of the year by The Washington Post and The Atlantic. Her second novel, A Double Life, was a New York Times Book Review Editors’ Choice.

Elizabeth Wetmore graduated from the Iowa Writers’ Workshop and has received fellowships from the Illinois Arts Council and the National Endowment for the Arts. Her stories have appeared in The Iowa Review, Epoch, Kenyon Review, and other journals. Her debut novel, Valentine, was named a Best Book of the Year by BuzzFeed and The Washington Post. The Houston Chronicle included Valentine in its list of the “30 most essential books about Texas.”