Join us on Thursday, June 17th, at 6:30 pm for a virtual event with George Henderson in conversation with John Evans as they discuss Blind Joe Death's America:  John Fahey, the Blues, and Writing White Discontent.

The event is free to attend and will be held on Crowdcast. Register here! 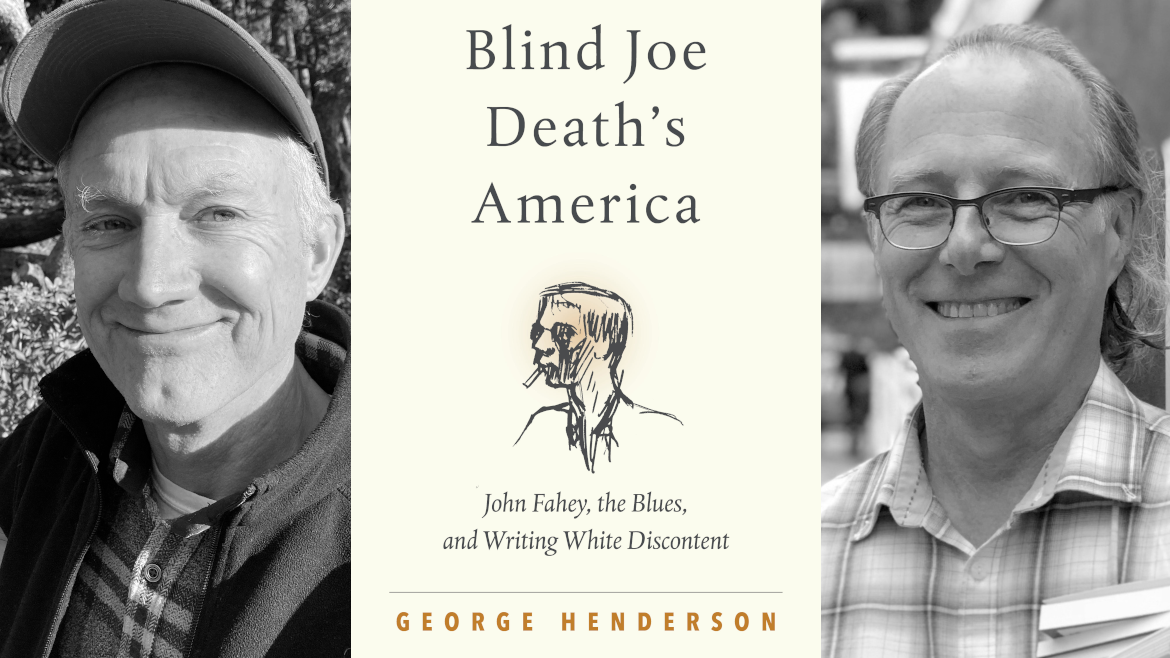 Blind Joe Death's America is a deep dive into the writings of John Fahey, aka Blind Joe Death, storied outsider guitarist of the folk and blues revival of the 1960s and 70s. Fahey was a notorious liner note stylist, but also autobiographer, musicologist, and fiction writer. On the page, Fahey emerges as a temperamental insider of the broken worlds of late 20th-century America. Unafraid to reveal and revel in his struggles to make an American "self," Fahey turned again and again, as critic, consumer, and creator, to the white romance with (and misrecognition of) African American music. To read Fahey is to vicariously experience the place where lone, white rebel sentiment must regard the rebellion of others. After reading Fahey, his many fans might return to his music, to hear it differently.

George Henderson works at the University of Minnesota, where he has taught human geography for many years. Among his other books is California and the Fictions of Capital. He currently lives in Minneapolis.

John Evans founded DIESEL, A Bookstore with his wife, Alison Reid.  A perpetual student of poetry, he has a Master's in Poetics, has studied with poets from James Wright to Lyn Hejinian, and has been a poetry judge for the California Poppy Awards and for the National Book Award for Poetry, among others.