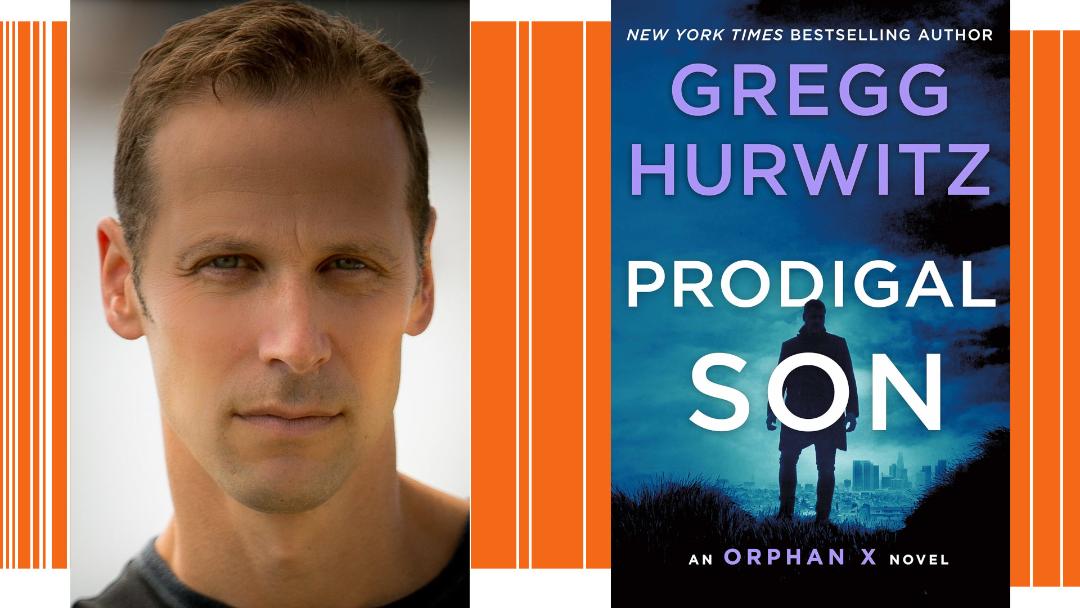 Join us on Tuesday, January 26th at 6:30pm for a virtual event with Gregg Hurwitz, in collaboration with Air Vodka, as he discusses Prodigal Son!

Customers purchasing Prodigal Son from DIESEL will receive a signed copy AND the first ten customers to make a purchase will receive a jar of castelvetrano olives, the olives that help to make Air Vodka martinis so unique.

Forced into retirement, Evan Smoak gets an urgent request for help from someone he didn't even suspect existed.  This request sets the action in motion in Prodigal Son, the next New York Times bestselling Orphan X book from Gregg Hurwitz.

As a boy, Evan Smoak was pulled out of a foster home and trained in an off-the-books operation known as the Orphan Program. He was a government assassin, perhaps the best, known to a few insiders as Orphan X.  He eventually broke with the Program and adopted a new name—The Nowhere Man—and a new mission, helping the most desperate in their times of trouble. But the highest power in the country has made him a tempting offer.  In exchange for an unofficial pardon, he must stop his clandestine activities as The Nowhere Man. Now Evan has to do the one thing he’s least equipped to do, live a normal life.

But then he gets a call for help from the one person he never expected.  A woman claiming to have given him up for adoption, a woman he never knew—his mother. Her unlikely request:  help Andrew Duran, a man whose life has gone off the rails, who was in the wrong place at the wrong time, bringing him to the deadly attention of very powerful figures. Now a brutal brother and sister assassination team are after him and with no one to turn to, and no safe place to hide, Evan is Duran’s only option. But when the hidden cabal catches on to what Evan is doing, everything he’s fought for is on the line, including his own life.

Gregg Hurwitz is the New York Times bestselling author of more than a dozen novels, including the #1 international bestseller Orphan X, the first in a series of thrillers featuring Evan Smoak. He has also written young adult novels: The Rains and its sequel, The Last Chance. Hurwitz's books have been shortlisted for numerous literary awards, graced top ten lists, and have been translated into twenty-eight languages.

Hurwitz is also a New York Times bestselling comic book writer, having penned stories for Marvel (Wolverine, The Punisher) and DC (Batman). Additionally, he has written screenplays for many major studios and written, developed, and produced television for various networks.