Madison Smartt Bell discusses and signs "Behind the Moon" 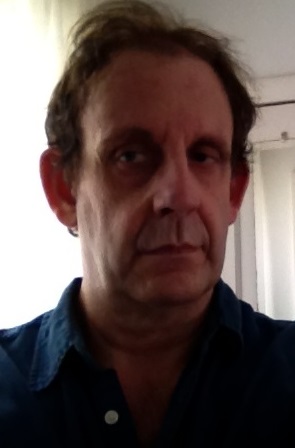 DIESEL, A Bookstore in Oakland welcomes Madison Smartt Bell to the store to discuss and sign his novel, Behind the Moon, on Tuesday, May 23rd at 7:00 pm.

When Julie skips school and sets off with her best friend and some local boys for a camping trip in the desert, she finds herself the target of unwanted, drug-fueled sexual attention. Running away in fear, she takes a dangerous fall down the shaft of a vast underground cave, and it takes two days for her to be rescued. Lying unconscious in her hospital bed, Julie hovers between life and death as she travels in a seductive parallel universe inspired by remarkable cave paintings left behind by prehistoric humans.
Marko, her attacker, tries to cover his tracks, menacing those who know what happened in the desert that night. Jamal, the youngest son in a family of Iraqi refugees living in Julie's small town, is one of his prime targets. He defies Marko, keeping him away from Julie's bedside and refusing to fall prey to his threats of violence.
Meanwhile, Marissa, who gave Julie up for adoption fifteen years earlier when she became pregnant as an adolescent, is following an instinct that leads her back to the daughter she once abandoned. With the aid of Jamal and a local Native American hitman/shaman, she attempts to draw Julie back to consciousness.

Madison Smartt Bell is an American novelist best known for his trilogy of novels about Toussaint Louverture and the Haitian Revolution, including All Souls' Rising, which was a finalist for the 1995 National Book Award and the 1996 PEN/Faulkner Award. It also won the 1996 Anisfield-Wolf Award for the best book of the year dealing with matters of race. Bell is a Professor of English at Goucher College in Towson, Maryland, where he was Director of the Creative Writing Program from 1998 to 2004. In addition to many books of fiction and non-fiction, he has published essays and reviews in Harper's, The New York Review of Books, The New York Times Book Review, and The Village Voice.

Behind the Moon (Paperback)