DIESEL, A Bookstore, in partnership with Parnassus Books, is thrilled to welcome Maile Meloy, in conversation with Ann Patchett, as they celebrate the publication of The Octopus Escapes. 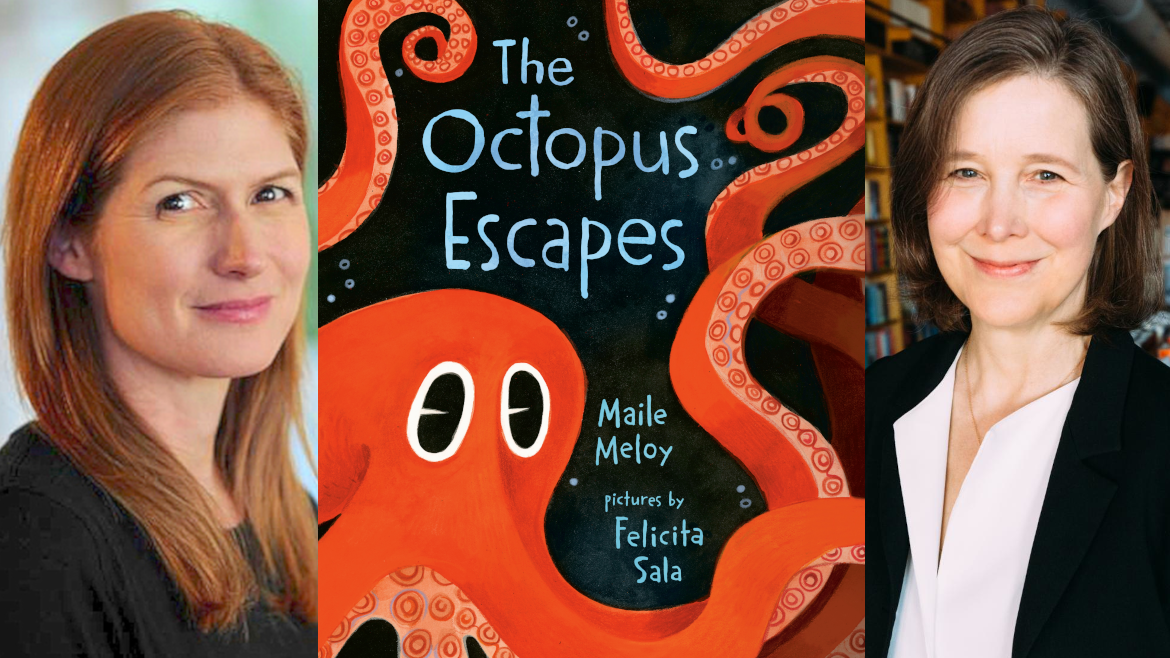 From the New York Times bestselling author of The Apothecary series comes a poignant, lyrical tale about nature's great escape artist. The octopus is happy in his undersea cave until the day a diver captures him and takes him to live in an aquarium. The humans give him food and toys, but because every day is the same, the octopus soon tires of captive life. And so, under the cover of darkness, he makes his daring escape!  Maile Meloy and Felicita Sala bring us a story full of excitement and heart, about the thrill of hard-won freedom and the pull of home.

Maile Meloy is the bestselling author of a middle-grade trilogy: The Apothecary, which won the E. B. White Read-Aloud Award and the California Book Awards Gold Medal; The Apprentices; and The After-Room. She also writes short stories, essays, and novels for adults. She grew up in Montana and lives in Los Angeles.

Ann Patchett is the author of eight novels, including The Patron Saint of Liars, Bel Canto, and The Dutch House. She was the editor of Best American Short Stories, 2006, and has written three books of nonfiction: Truth & Beauty, What now?, and This is the Story of a Happy Marriage. She is the author of two picture books, Lambslide and Escape Goat. In 2011, she opened Parnassus Books in Nashville, Tennessee, with her partner Karen Hayes. In 2012, she was named by Time magazine as one of the 100 Most Influential People in the World. Ann Patchett lives in Nashville, Tennessee, with her husband, Karl VanDevender, and their dog, Sparky.