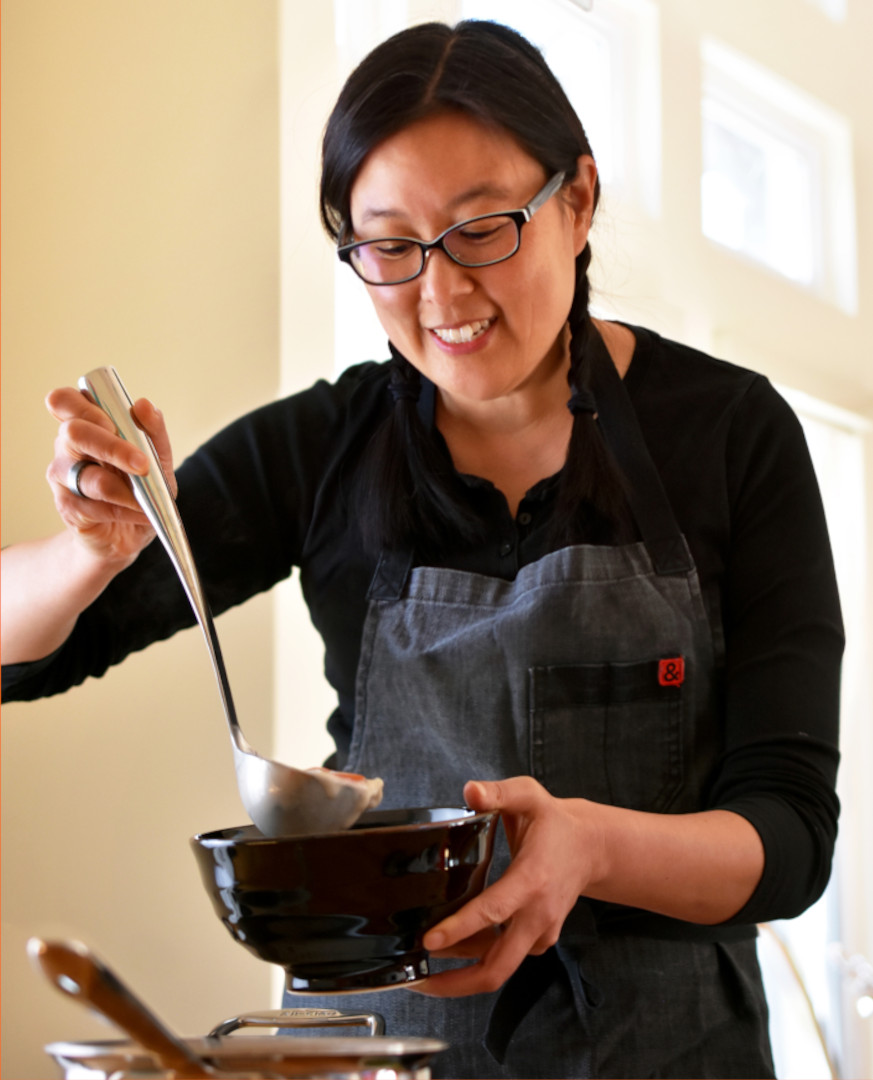 Join us on Saturday, February 5th at 3:00 pm for an in-person event as we welcome Michelle Tam to discuss and sign Nom Nom Paleo: Let's Go!

This event is free to attend and will be held at DIESEL, A Bookstore ~ Del Mar. Masks are required to attend.

“Every cookbook is a time capsule -- a snapshot of the moment,” says Michelle Tam in the introduction to her latest cookbook.  Completed during the pandemic, the recipes in Nom Nom Paleo: Let’s Go! reflect the dishes that she and her family craved. For Michelle, who grew up in Northern California eating her mother’s home-style Cantonese dishes as well as an amalgam of diverse cuisines, this meant food that reflected not only her family’s heritage, but also dishes inspired by the blend of immigrant cultures that helped shape her palate.

All the recipes in Nom Nom Paleo: Let’s Go! are informed by a flavor-first mindset that honors the ingredients and culinary traditions of many different cultures. The food is comforting, wholesome, umami-packed and influenced by the California cuisine movement, which had its heyday when Tam and Fong, who met at UC Berkeley and bonded over their obsession with food, were coming of age in the Bay Area.

Tam, who majored in nutrition and food science and aspired to become a flavor scientist, uses her knowledge of herbs, spices and healthy fusion cooking to create mouthwatering dishes that include plant-based, keto-friendly, and Whole30-compatible recipes. Fong, a lawyer by day and wickedly talented cartoonist, photographer and graphic designer, meticulously documents Tam’s cooking process with photos, sidebars, and a generous sprinkle of snarky humor.

Michelle Tam, dubbed "the Martha Stewart of Paleo" by the New York Times and CBS News, is the food nerd behind Nom Nom Paleo's recipes and personality. She has a degree in nutrition and food science from the University of California, Berkeley, and earned her doctorate in pharmacy from the University of California, San Francisco. For over a dozen years, she worked the graveyard shift at Stanford Hospital and Clinics as a night pharmacist. Michelle, Henry, and their sons Owen and Oliver split their time between Palo Alto, California, and Portland, Oregon.