Oakland- Celebration for the Fall Issue of ZYZZYVA 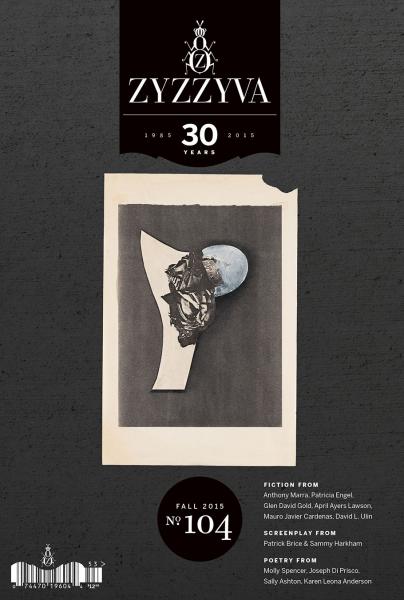 DIESEL, A Bookstore in Oakland is pleased to host the release of ZYZZYVA: The Fall Issue on Friday, September 18th at 7pm.

Come celebrate the release of ZYZZYVA's Fall issue with a reading featuring contributors to Issue No. 104, as well as special guest and past ZYZZYVA contributor Kathleen Alcott, who will be reading from her new novel, Infinite Home. We promise a night of exemplary prose and verse, as well as warm cheer and good wine to kick off your weekend.

Mauro Javier Cardenas's essays and interviews have appeared in BOMB, The San Francisco Chronicle, and The Quarterly Conversation. His first novel, The Revolutionaries Try Again, will be published by Coffee House Press in Fall 2016.

Joseph Di Prisco is the author of the memoir Subway to California. His poetry has appeared in The American Reader, Cincinnati Review, and Poetry Daily.

Caille Millner is an award-winning editorial writer and columnist at the San Francisco Chronicle. She is the author of the memoir The Golden Road: Notes on My Gentrification.

Kathleen Alcott's first novel, The Dangers of Proximal Alphabets, was published in 2012 and translated into several languages. Her fiction, criticism, and essay appear in publications including The Los Angeles Review of Books, The Coffin Factory, The Rumpus, Explosion Proof, Five Chapters, and elsewhere. Born in Northern California in 1988, she currently resides in Brooklyn.