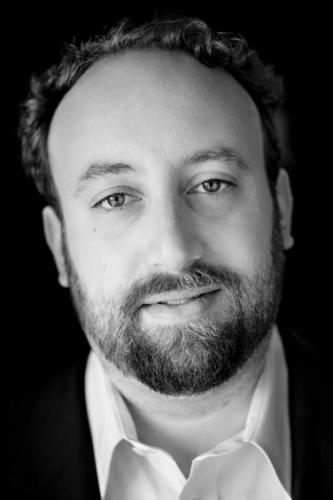 Diesel, A Bookstore in Oakland welcomes author Joshua Safran to the store to sign his new book, Free Spirit: Growing Up On the Road and Off the Grid on Tuesday, September 10th at 7pm.

In the 1970's, Joshua Safran's mother -- big-hearted, idealistic, and determined to protect her son from the threat of nuclear war and Ronald Reagan -- fled both San Francisco and modern society. Together, they spent years living an off-the-grid life in shacks and teepees, communes and buses. Not until he was eleven years old did Joshua begin to regularly attend school, and thus reenter society, for which he was, in no way, prepared. School was a tough place; he was regularly beaten and bullied by classmates who did not embrace the ideals of tolerance and love. But while there he realized education was his way out. With it he could confront and overcome not only his school tormentors, but his mother's as well: her husband, an abusive, sporadically-employed, ex-Salvadoran revolutionary and guerilla poet.

More than a run-of-the-mill coming-of-age story in a dysfunctional family, this memoir shows how Joshua's unusual life shaped him into the man he is today: a nationally-recognized champion of women's rights and a zealous advocate for the wrongfully imprisoned and the survivors of domestic violence.

Joshua Safran is an attorney, writer, speaker, and occassional rabbi. He was featured in the award-winning documentary, Crime After Crime, which premiered at the 2011 Sundance Film Festival. He lives in Oakland.

Free Spirit: Growing Up On the Road and Off the Grid (Hardcover)