Oakland- A literary evening with ZYZZYVA and Monkey Business 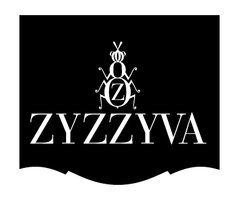 ZYZZYVA, the San Francisco literary journal, started in 1985, has received acclaim over the decades, and most recently for its 100th issue, which led Washington Post book critic, Ron Charles, to call ZYZZYVA, "one of the country's finest literary journals."  Joining them tonight will be, Monkey Business, a Tokyo and Brooklyn based annual literary journal that showcases Japanese fiction & poetry newly translated into English. It also publishes new works by contemporary American and British writers popular in Japan. Contributers have included writers such as Paul Auster, Hideo Furukawa, Haruki Murakami, and Richard Powers.

It will be special evening of reading and conversation. Arrive early, as seats fill up fast!

Oscar Villalon is the managing editor of ZYZZYVA, the acclaimed San Francisco journal celebrating its 30th anniversary in 2015. The former book editor at the San Francisco Chronicle, he has published essays, interviews, and reviews in the Virginia Quartely Review, The Believer, NPR.org and other venues.

Peter Orner is the author of, Last Car Over the Sagamore Bridge, Esther Stories, The Second Coming of Manala Shikong, and Love and Shame and Love. Orner has received the Rome Prize from the American Academy of Arts and Letters, The Goldberg Prize for Jewish Fiction, A Guggenheim Fellowship and has been awarded two Pushcart Prizes. He teaches at the San Francisco State University.

Ted Goosen teaches Japanese literature and film at York University in Toronto. He is the general editor of The Oxford Book of  Japanese Short Stories and has published translations of stories and essays by Hiromi Kawakami, Haruki Murakami, Yoko Ogawa, Sachiko Kishimoto, and Naoya Shiga, among others. He is the co-founder and co-editor of Monkey Business.

Roland Kelts is the author of the critically acclaimed and best-selling Japanamerica, and his articles, essays, and stories are published in The New Yorker, Time, Zoetrope: All Story, The Village Voice, The Wall Street Journal, A Public Space, Newseek Japan, Vogue, and Cosmopolitan among others. He is also a regular contributor to CNN, the BBC, NPR, and NHK. He is a visiting scholar at Keio University and contributing editor to Monkey Business. He divides his time between Tokyo and New York City.

Tomoka Shibasaki is known for novels and stories that capture the sensibilities of young women living in cities. She is the recipient of the 2014 Akutagawa Prize, the most prestigious literary award in Japan. Her books include, Asleep or Awake, Viridian, and In the City Where I Was Not. Translations in English include, The Seaside Road and The Glasses Thief, which appeared respectively in Issues 2 and 3 of Monkey Business.

Hiromi Ito is a poet, novelest, essayist, and translator, and one of the most important female voices to come out in Japanese poetry in the late twentieth century. She is author of numerous books including, La Nina, Supernatural Stories from Japan, and Wild Grass on a Riverbank. She is the recipient of numerous awards including the Hagiwara Sakutaro and Murasaki Shikibu Literary Award.