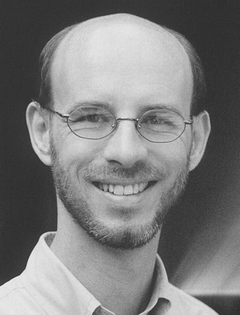 Diesel, A Bookstore in Oakland welcomes local author Phil Lapsley to the store to discuss Exploding the Phone: The Untold Story of the Teenagers and Outlaws Who Hacked Ma Bell on Friday, February 15th at 7pm.

In Exploding the Phone, Phil Lapsley illuminates the forgotten history of the proto-hackers, tinkerers, and pranksters who turned AT&T’s telephone system into their electronic playground.

Before smartphones and iPads, before the Internet or the personal computer, a misfit group of technophiles, blind teenagers, hippies, and outlaws figured out how to hack the world’s largest machine: the telephone system. By the middle of the twentieth century the telephone system had grown into something extraordinary, a web of cutting-edge switching machines and human operators that linked together millions of people like never before. But the network had a billion-dollar flaw, and once people discovered it, things would never be the same.

AT&T responded with “Greenstar,” an unprecedented project that would ultimately tap some thirty-three million telephone calls and record 1.5 million of them. The FBI fought back, too, especially when a phone phreak showed a confidential informant how he could remotely eavesdrop on FBI calls. Phone phreaking exploded into the popular culture, with famous actors, musicians, and investors caught with “blue boxes,” many of them built by two young phone phreaks named Steve Jobs and Steve Wozniak. Soon, the phone phreaks, the feds, and the phone company were at war.

Exploding the Phone traces the birth of long-distance communication and the telephone, the rise of AT&T’s monopoly, the creation of the sophisticated machines that made it all work, and the discovery of Ma Bell’s Achilles’ heel. Lapsley expertly weaves together the clandestine network of phone phreaks who broke into the system to satisfy their curiosity, the mobsters who exploited its flaws to avoid the feds, and the counterculture movement that argued you should rip off the phone company to fight against the war in Vietnam.

Based on original interviews and declassified documents, and featuring a forward by phone phreak turned Apple Computers co-founder Steve Wozniak, Exploding the Phone is a captivating, groundbreaking work about an important part of our cultural and technological history.

Phil Lapsley is a cofounder of two high-tech companies, and a former consultant at McKinsey & Company. He holds a masters degree in electrical engineering from UC Berkeley and an MBA from the MIT Sloan School of Management.

Exploding the Phone: The Untold Story of the Teenagers and Outlaws Who Hacked Ma Bell (Hardcover)