Oakland- Yvonne Prinz discusses and signs "If You're Lucky" 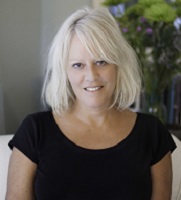 DIESEL, A Bookstore in Oakland welcomes Yvonne Prinz to the store to discuss and sign her new YA novel, If You're Lucky, on Thursday, October 22nd at 6:30pm. Joining Yvonne in conversation will be local writer/blogger, Nancy Davis Kho.

Is Georgia's mind playing tricks on her, or is the entire town walking into the arms of a killer who has everyone but her fooled? When seventeen-year-old Georgia's brother drowns while surfing halfway around the world in Australia, she refuses to believe his death was just bad luck. Lucky was smart. He wouldn't have surfed in waters more dangerous than he could handle. Then a stranger named Fin arrives in False Bay, claiming to have been Lucky's best friend. Soon Fin is working for Lucky's father, charming Lucky's mother, and dating his girlfriend. Georgia begins to wonder: did Fin murder Lucky in order to take over his whole life? Determined to clear the fog from her mind in order to uncover the truth about Lucky's death, Georgia secretly stops taking the medication that keeps away the voices in her head. Georgia is certain she is getting closer and closer to the truth about Fin, but as she does, her mental state becomes more and more precarious, and no one seems to trust what she's saying. As the chilling narrative unfolds, the reader must decide whether Georgia's descent into madness is causing her to see things that don't exist or to see a deadly truth that no one else can.

Yvonne Prinz is the author of several books, including the Clare series and The Vinyl Princess, which won the California Library Association's John and Patricia Beatty Award, was shortlisted for an Arthur Ellis Award for Crime Fiction, and was named to Resource Links Year's Best of 2010 list. A Canadian living in San Francisco, she is the co-founder of Amoeba Music, the world's largest independent music store. 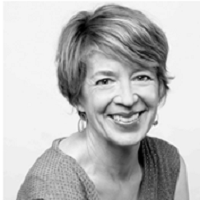 Nancy Davis Kho has 20 years experience in strategic planning, product management, and business development, primarily in the digital publishing industry. Nancy began publishing essays in 2005 and leveraged that experience into a freelance journalism and editorial career. Her feature writing and profiles have appeared in publications including The San Francisco Chronicle, EContent Magazine, Information Today, and her essays and humor writing appear on Huffington Post, NickMom.com, The Toast, The Rumpus, and her own blog, Midlife Mixtape. She is an alum of every Bay Area writer’s program out there, including The Grotto, Writing Salon, Book Passage, Media Bistro, and Adair Lara’s living room. In 2013 Nancy was accepted as one of the inaugural attendees at LitCamp, the Bay Area’s only juried writing conference.

If You're Lucky (Hardcover)