Ottessa Moshfegh, in conversation with Mona Awad, discusses "Death in Her Hands"

Join us on Tuesday, June 29th, at 6:30 pm for a virtual event with Ottessa Moshfegh, in conversation with Mona Awad, as they discuss Death in Her Hands. 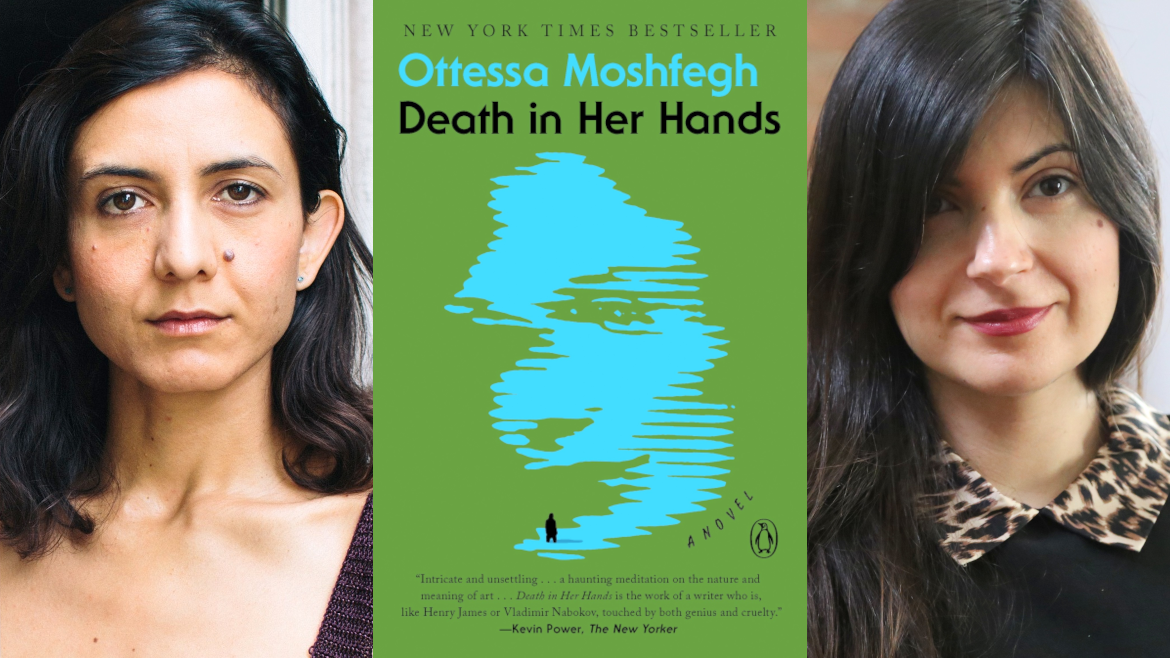 Death in Her Hands opens with 72-year-old Vesta Gul on her daily walk with her dog in the nearby forest woods when she comes across a note carefully pinned to the ground with stones. Her name was Magda. Nobody will ever know who killed her. It wasn't me. Here is her dead body. Vesta, shaky on her best days, has no idea what to make of this.

Her brooding about this note quickly grows into an obsession, and she begins to devote herself to exploring the possibilities of who this woman was and how she met her fate. Her suppositions begin to find echoes in the real world, and, with mounting excitement and dread, the fog of mystery starts to form into a concrete and menacing shape.

Ottessa Moshfegh is the author of My Year of Rest and Relaxation, a New York Times bestseller; Homesick for Another World, a New York Times Book Review notable book of the year; Eileen, which won the PEN/Hemingway Award for debut fiction and was shortlisted both for the National Book Critics Circle Award and the Man Booker Prize; and McGlue, which won the Fence Modern Prize in Prose and the Believer Book Award. Her stories have earned her a Pushcart Prize, an O. Henry Award, the Plimpton Prize, and a grant from the National Endowment for the Arts.

Mona Awad is the author of the novel Bunny, which was a finalist both for a Goodreads Choice Award for Best Horror and for the New England Book Award. Bunny was selected as a Best Book of 2019 by Time, Vogue, Bookriot, ElectricLiterature, and the New York Public Library. Mona’s first novel, 13 Ways of Looking at a Fat Girl, was also a prizewinning Best First Novel and was a finalist for the Scotiabank Giller Prize. She earned an MFA in Fiction from Brown University and currently she teaches creative writing at Syracuse University. Her third novel, All’s Well, will be published in August.

Death in Her Hands: A Novel (Paperback)