S. Kirk Walsh, in conversation with Ben Fountain, discusses "The Elephant of Belfast"

Join us on Tuesday, April 6th at 6:30 pm PST for a virtual event with S. Kirk Walsh, in conversation with Ben Fountain, as they celebrate the publication launch of The Elephant of Belfast.

The event is free to attend and will be held on Crowdcast. Register Here! 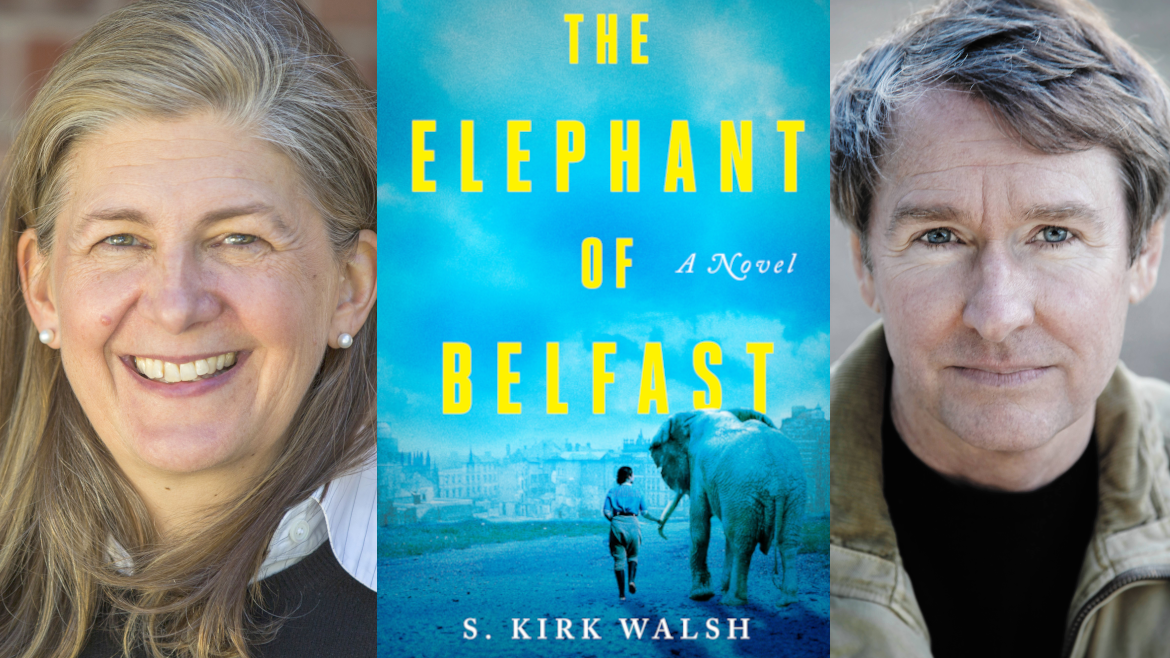 Inspired by true events, The Elephant of Belfast is a vivid and moving story of a young woman zookeeper and the elephant she's compelled to protect through the German blitz of Belfast during WWll. It speaks not only to the tragedy of the times, but also to the ongoing sectarian tensions that still exist in Northern Ireland today — perfect for readers of historical and literary fiction alike.

S. Kirk Walsh is a writer living in Austin, Texas. Her work has been widely published in The New York Times Book Review, Longreads, StoryQuarterly, and Electric Literature, among other publications. She has been a resident at Ucross, Yaddo, Ragdale, and Virginia Center for the Creative Arts. Walsh is the founder of Austin Bat Cave, a writing and tutoring center that provides free writing workshops for young writers throughout Austin. The Elephant of Belfast is her first novel.

Ben Fountain's most recent book is Beautiful Country Burn Again: Democracy, Rebellion, and Revolution, a narrative, with history, of the 2016 presidential election. He is also the author of the novel Billy Lynn’s Long Halftime Walk, which was adapted for film by three-time Oscar winner Ang Lee, and the short story collection Brief Encounters with Che Guevara. His work has received the National Book Critics’ Circle Award, the PEN/Hemingway Award, the Los Angeles Times Book Award, and has been a finalist for the National Book Award. His novel The Jacmel Wreck will appear in 2022.

The Elephant of Belfast: A Novel (Hardcover)