DIESEL, A Bookstore in Brentwood welcomes Laila Lalami to the store to discuss and sign The Other Americans on Saturday, March 23rd at 4:00 pm. Joining her in conversation will be author and critic David L. Ulin. Please note that this event will take place in the lower outdoor courtyard adjacent to our store. This will be her publication party and all are welcome to attend. As a special treat, our Brentwood Country Mart neighbors, Caffe Luxxe will be pouring free samples of their delicious coffee and giving our vouchers for a free drink for the event guests!

From the Pulitzer Prize finalist and author of The Moor's Account, here is a timely and powerful new novel about the suspicious death of a Moroccan immigrant--at once a family saga, a murder mystery, and a love story, informed by the treacherous fault lines of American culture.

Late one spring night, as Driss Guerraoui is walking across a darkened intersection in California, he's killed by a speeding car. The repercussions of his death bring together a diverse cast of characters: Guerraoui's daughter Nora, a jazz composer who returns to the small town in the Mojave she thought she'd left for good; his widow, Maryam, who still pines after her life in the old country; Efraín, an undocumented witness whose fear of deportation prevents him from coming forward; Jeremy, an old friend of Nora's and an Iraqi War veteran; Coleman, a detective who is slowly discovering her son's secrets; Anderson, a neighbor trying to reconnect with his family; and the murdered man himself.

As the characters--deeply divided by race, religion, and class--tell their stories, connections among them emerge, even as Driss's family confronts its secrets, a town faces its hypocrisies, and love--messy and unpredictable--is born.

Laila Lalami is the author of Hope and Other Dangerous Pursuits; Secret Son; and The Moor's Account, which won the American Book Award, the Arab-American Book Award, and the Hurston/Wright Legacy Award, and was a finalist for the Pulitzer Prize. The Moor's Account was also on the Man Booker Prize longlist and on several best books of the year lists, including The Wall Street Journal, Kirkus Reviews, and NPR. Her essays have appeared in the Los Angeles Times, The Washington Post, The Nation, Harper's, The Guardian, and The New York Times. She is the recipient of a British Council Fellowship, a Fulbright Fellowship, and a Guggenheim Fellowship, and is currently a professor of creative writing at the University of California at Riverside. She lives in Los Angeles. 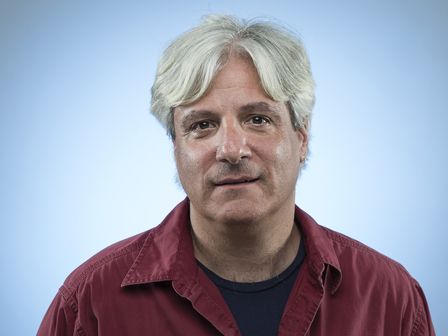 David L. Ulin is a critic, essayist, editor, and novelist. He is a 2015 Guggenheim Fellow and recipient of the California Book Award and has been shortlisted for the PEN/Diamonstein-Spielvogel Award for the Art of the Essay. His writing has appeared in the LA Times (where he spent ten years as book editor and book critic), the Atlantic Monthly, the Nation, the New York Times, the Paris Review, Virginia Quarterly Review, AGNI, Zyzzyva, Columbia Journalism Review, and on NPR's All Things Considered. He is assistant professor of English at the University of Southern California.

The Other Americans: A Novel (Hardcover)

Download the audiobook of The Other Americans on Libro.fm.