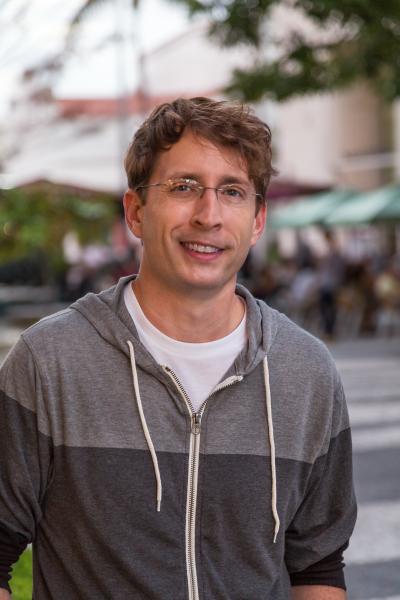 DIESEL, A Bookstore in Larkspur proudly welcomes Shaun David Hutchinson to the store to discuss and sign his new young adult book, At the Edge of the Universe, on Thursday, February 9th, at 6:30pm. Joining Shaun in conversation will be young adult author Tim Floreen.

From the author of We Are the Ants and The Five Stages of Andrew Brawley comes the heartbreaking story of a boy who believes the universe is slowly shrinking as things he remembers are being erased from others memories.
Tommy and Ozzie have been best friends since the second grade, and boyfriends since eighth. They spent countless days dreaming of escaping their small town and then, Tommy vanished. More accurately, he ceased to exist, erased from the minds and memories of everyone who knew him. Everyone except Ozzie. Ozzie doesn't know how to navigate life without Tommy, and soon he suspects that something else is going on: that the universe is shrinking.
When Ozzie is paired up with new student Calvin on a physics project, he begins to wonder if Calvin could somehow be involved. But the more time they spend together, the harder it is for him to deny the feelings developing between them, even if he still loves Tommy. Ozzie knows there isn't much time left to find Tommy because once the door closes, it can't be opened again, and he's determined to keep it open as long as it takes to get his boyfriend back.

Shaun David Hutchinson is the author of numerous books for young adults, including The Five Stages of Andrew Brawley, which won the Florida Book Awards Gold Medal in the Young Adult category and was named to the ALA's 2015 Rainbow Book List; the anthology Violent Ends, which received a starred review from VOYA; and We Are the Ants, which received five-starred reviews. He lives in South Florida with his adorably chubby dog, and enjoys Doctor Who, comic books, and yelling at the TV. Visit him at ShaunDavidHutchinson.com. 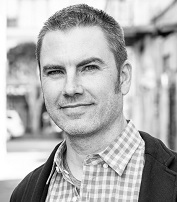 Tim Floreen majored in English at Yale and earned a Master's degree in creative writing at Boston University. He now lives in San Francisco with his partner and their two cats. The Tattoo Atlas is his latest young adult novel. His dubut novel was Willful Machines.

At the Edge of the Universe (Hardcover)