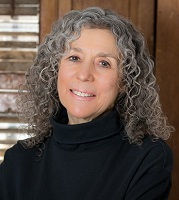 DIESEL, A Bookstore in Brentwood welcomes Fran Hawthorne to the store to discuss and sign her debut novel The Heirs on Sunday, May 27th at 3:00 pm. Please note that this event will take place in the lower outdoor courtyard adjacent to our store.

After breaking her hip in a serious accident, Eleanor Ritter's mother, Rose, a Holocaust survivor now living in northern New Jersey, suddenly starts talking about her harrowing childhood in Poland and the taboo subjects she has refused to discuss for half a century -– even speaking in long-forgotten Polish. Around the same time, Eleanor learns that the parents of her nine-year-old son's soccer teammate, Tadek, are Catholics from Poland.
As Eleanor becomes fixated with digging into the histories of both her mother and Tadek’s family, her obsession strains her already difficult relationship with Rose, as well as her marriage to Nick, an IT technician who is himself caught up in preparing for the feared Y2K turn-of-the-millennium.
Eleanor starts flirting heavily with the soccer coach, ignoring her twelve-year-old daughter’s growing rebellion and her son’s misery when he becomes the team pariah for badly messing up several games. Meanwhile, the “sure-fire” tech stock that Eleanor bought behind Nick’s back is losing money. Even as her quest nourishes an odd friendship with Tadek’s mother, it forces Eleanor to face the unavoidable questions: How many generations does guilt carry on? What did your grandparents do to my grandparents?

Fran Hawthorne has spent more than three decades writing award-winning nonfiction, including eight books, mainly about consumer activism and business social responsibility. Her book Ethical Chic: The Inside Story of the Companies We Think We Love was named one of the best books of 2012 by Library Journal. In addition, she’s been an editor and writer at BusinessWeek, Fortune and other newspapers and magazines, and she reviews fiction for The New York Journal of Books. 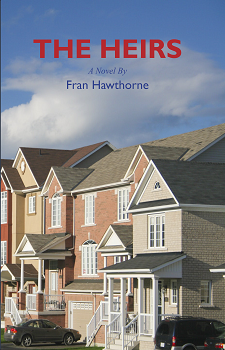 Copies of The Heirs will be available for purchase at the event.