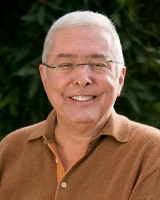 DIESEL, A Bookstore in Brentwood welcomes Ronald S. Barak to the store to discuss and sign The Puppet Master on Sunday, October 14th at  3:00 pm. Please note that this event will take place in the lower outdoor courtyard adjacent to our store.

Three prominent Washington politicians have been murdered by a mysterious vigilante serial killer assassinating corrupt political leaders. More killings are threatened “if necessary” to end the abuse. Capitol Hill is in a panic and there are some who are whispering that our representatives are getting what they deserve.

Crafty D.C. homicide detective Frank Lotello is tasked to find the killer. When local businessman Cliff Norman is arrested, the whole town breathes a sigh of relief, especially the politicians. Though Norman had ample motive, Lotello suspects Norman may be nothing more than a convenient fall guy. As the investigation continues, Lotello’s suspicions intensify when he discovers a disturbing connection deep inside the White House.

As his trial commences, an angry nation rallies behind Norman, who has become an unexpected folk hero. A fiercely divided jury confronts a question that threatens to tear apart the very fabric of the country — were Norman’s actions legally justified by a widespread and growing abuse of public trust on the part of the country’s political leaders? Lotello enters a secret and unprecedented alliance to uncover the truth before the jury comes in with a verdict that may alter the course of U.S. history.

Ronald S. Barak was a successful courtroom lawyer before becoming an author of suspense novels. His previous book was The Amendment Killer and the third book in this series, Payback, is due out next Summer. Ron resides in Pacific Palisades, CA with his wife Barbie and their Havanese dog, Ryder. 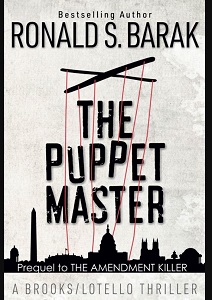 Copies of The Puppet Master will be available at the event.