Thursday, October 10th at 6:30 pm - Rene Denfeld and Janet Fitch in conversation, discussing and signing "The Butterfly Girl" and "Chimes of a Lost Cathedral" 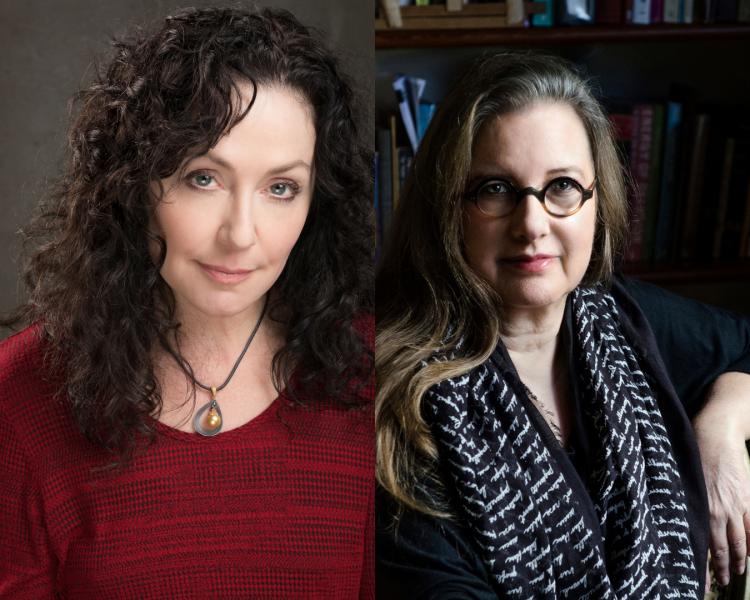 Join us on Thursday, October 10th at 6:30 pm as we welcome Rene Denfeld to the store to discuss and sign The Butterfly Girl! Joining her in conversation will be Janet Fitch author of Chimes of a Lost Cathedral.

In The Butterfly Girl, a dark and haunting companion to The Child Finder, Naomi returns in another riveting story of lost children and the quest to unravel her own dark past.

A year before the story begins, Naomi made a promise that she would not take another case until she found her younger sister, who has been missing for years. Naomi has no picture, not even a name. All she has is a vague memory of a strawberry field at night, black dirt under her bare feet as she ran for her life. The search takes her to Portland, Oregon, where scores of homeless children wander the streets like ghosts, looking for money, food, and companionship. The sharp-eyed investigator soon discovers that young girls have been going missing for months, many later found in the dirty waters of the river. Though she does not want to get involved, Naomi is unable to resist the pull of children in need—and the fear she sees in the eyes of a twelve-year-old girl named Celia.

Running from an abusive stepfather and an addict mother, Celia has nothing but hope in the butterflies—her guides and guardians on the dangerous streets. She sees them all around her, tiny iridescent wisps of hope that soften the edges of this hard world and illuminate a cherished memory from her childhood. As danger creeps closer, Naomi and Celia find echoes of themselves in each other, forcing them each to consider the question: Can you still be lost even when you’ve been found?

But will they find the answer too late?

Chimes of a Lost Cathedral finishes the epic story that began with The Revolution of Marina M., charting a young woman’s journey through some of the most dramatic events of the last century. She comes into her full power as a woman and an artist just as her revolution reveals its true direction for the future.

As the book opens, young poet Marina Makarova finds herself on her own amid the devastation of the Russian Civil War. Pregnant and adrift in the Russian countryside, she is forced to rely onto her own resourcefulness to wait out the birth of her child and find her way back to her native city, St. Petersburg, now known as Petrograd. When she finally returns to Petrograd, the city is almost unrecognizable after two years of revolution and war -- haunted, half-emptied, and starving -- its streets teeming with homeless children. Moved by their plight, though hardly better off herself, Marina cares for these orphans, until they become the tool of tragedy from an unexpected direction. But despite the ordeals of war and revolution, betrayal and privation and unimaginable loss, Marina at last emerges as the poet she was always meant to be.

Rene Denfeld is an award-winning author, journalist, and licensed private investigator living in Portland, Oregon. She is the bestselling author of The Child Finder and The Enchanted, which was a finalist for the Center for Fiction’s Flaherty-Dunnan First Novel Prize and received the Prix du Premier Roman Étranger in France. The plight and struggles of homeless children, a marginalized population forgotten by much of society, is a subject close to Denfeld’s heart -- she regularly speaks on issues relating to social justice, crime, and hope. In 2017 she was awarded a Breaking the Silence Award in Washington, DC, for her advocacy for victims, and the New York Times named her a Hero of the Year. She’s written for the Washington Post, the New York Times Magazine, the Philadelphia Inquirer, and the New York Times.

Janet Fitch is the bestselling author of White Oleander, an Oprah book club selection translated into 28 languages and made into a feature film; Paint it Black, also a feature film directed by Amber Tamblyn; The Revolution of Marina M. and now Chimes of a Lost Cathedral, set during the Russian Revolution. She was a 2009 Likhachev Fellow to St. Petersburg, Russia. Her short stories and essays have appeared inThe Los Angeles Review of Books, Black Clock, Vogue, Real Simple, A Room of Her Own, and Los Angeles Noir. A major concern of her work has been the theme of homeless children— first in White Oleander and now with the orphans of the Russian Civil War in Chimes of a Lost Cathedral.

The Butterfly Girl: A Novel (Hardcover)

Chimes of a Lost Cathedral (Revolution of Marina M. #2) (Hardcover)