Tony Oppedisano, in conversation with Jerry F. Sharell, discusses "Sinatra and Me: In the Wee Small Hours"

Join us on Tuesday, June 8th, at 6:30 pm for a virtual event with Tony Oppedisano, in conversation with Jerry F. Sharell, as they discuss Sinatra and Me:  In the Wee Small Hours. 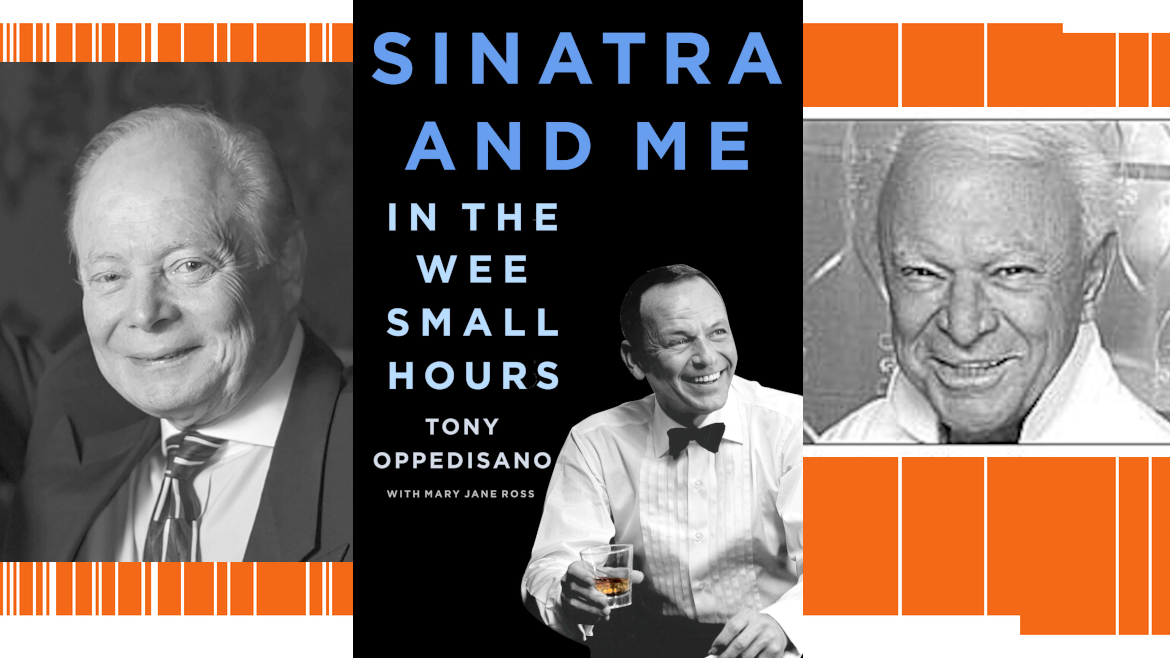 From Sinatra’s closest confidant, Tony Oppedisano, comes Sinatra and Me:  In the Wee Small Hours, an extraordinarily intimate look at the singing idol. Deep into the night, for more than two thousand nights, Frank and Tony would converse — about music, family, friends, great loves, achievements and successes, failures and disappointments, and the lives they’d led along with the lives they wished they’d led. In these full-disclosure conversations, Sinatra spoke of his close yet complex relationship with his father, his conflicts with record companies, his carousing in Vegas, his love affairs with some of the most beautiful women of his era, his triumphs on some of the world’s biggest stages, his complicated relationships with his talented children, and, most importantly, his dedication to his craft.

Tony Oppedisano, the author of Sinatra and Me:  In the Wee Small Hours, is a former professional musician and singer who went on to become an award-winning producer and personal manager to entertainment icons Frank Sinatra and Don Rickles. Tony met and befriended the singing legend when the younger man was only twenty-one years old. He later became Frank Sinatra’s best friend and road manager, a contributor to two of the singer’s platinum albums, and a producer of the documentary "To Be Frank: Sinatra at 100."

With a stellar history and hit-making track record, Jerry F. Sharell's experience in the entertainment industry has brought success with each endeavor. For 13 years, Sharell has hosted and produced Weekends with Sinatra & Sharell, which is available universally on KJAZZ 88.1FM/Los Angeles on Saturday night from 10 pm until midnight and Sunday morning from 10 am until noon.  As a lifetime fan, Sharell has become an expert on the life and the recording history of Frank Sinatra.

Sinatra and Me: In the Wee Small Hours (Hardcover)