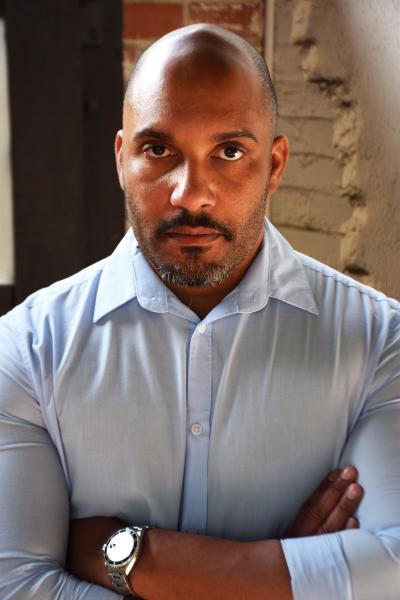 DIESEL, A Bookstore in Brentwood welcomes Riley Perez (as he is known to his friends and family), to the store to discuss and sign What is Real: The Life and Crimes of Darnell Riley on Tuesday, August 14th at 6:30pm. Author and teacher Peter Conti will be moderating the event. This will be his publication party and all are welcome to attend. Please note that this event will take place in the lower outdoor courtyard adjacent to our store.

On January 22, 2004, Darnell Riley broke into the home of Girls Gone Wild founder, Joe Francis. Throughout the night he filmed a blackmail video, and arrange for payment so that the video didn't go viral.

What Is Real: The Life and Crimes of Darnell Riley explores the nine years he spent in the custody of California's Department of Corrections and Rehabilitation. On his journey from facility to facility, we see how Riley had to adjust to the reality that the rules inside the walls are not perfect, but if followed, they would allow you to survive. From county lockup to the historically violent Corcoran State Prison, where he shared facilities with Charles Manson and the gang leaders whose influence extend beyond the confines of the walls, the author confronts the question of which version of himself is real--the young, mild-mannered kid from Los Angeles, known to his friends and family as Riley Perez, or the man who pleaded guilty to robbery and attempted extortion, known to the State of California as Darnell Riley.

With neither self-pity nor self-aggrandizement, this memoir takes a cold hard look at a life of crime, the toll it takes, the reality of life inside California's prisons, and the price paid by an inmate's friends, family, and loved ones.

Riley Perez was raised in L.A by his grandfather who instilled in him his Jewish faith. He was a multi-sport athlete who gravitated to boxing. His passion for the sport took him from the comfort of his Hancock Park neighborhood to train at gyms around L.A, eventually settling at Broadway Gym in South Central where he trained under Bill Slayton. The combination of being a straight-A student and the first-rate education on the L.A streets caught the attention of Robert "Puggy" Zeichick, one half of a Jewish-Italian bookmaking team. Riley started doing pick-ups and quickly graduated to felonious capers. After a stint in juvenile reform school, Riley resumed his gambling association, which had grown to working for Matthew "Matty the Horse" Ianniello. He balanced his bookmaking business with his travels as an employee for TWA. Briefly, Riley settled on University studies in Germany, but returned to LA full time after capitalizing on the tech boom of the 90s in part by day trading stocks and then creating software that he licensed to Washington Mutual Bank, a company he worked for, which allowed him a solid foundational understanding of banking regulations, that he took with him into his online gaming ventures.

Peter Conti was first published in a collection of short stories called 20 Under Twenty. His plays, which include House Arrest, Discord, and Murderers Anonymous have been produced in New York, Los Angeles, and Washington. He wrote and directed A Boxer’s Workout, which featured Ray “Boom Boom” Mancini, Freddie Roach, and Mickey Rourke. His first novel, Whatever Happened to Martin Barnett was released in 2002 and he co-wrote Gringo: My Life on the Edge as an International Fugitive. Conti has written extensively on education and how to use Hip Hop to teach literacy. He teaches college writing and divides his time between Los Angeles and New York.

What Is Real: The Life and Crimes of Darnell Riley (Paperback)