DIESEL, A Bookstore in Brentwood welcomes Frank Strausser to the store to discuss and sign his debut thriller Plastic on Tuesday, July 16th at 6:30 pm. Joining him in conversation will be Dr. Alexander Rivkin. This will be his first publication party for the public and all are welcome to attend. Please note that this event will take place in the lower outdoor courtyard adjacent to our store.

When a Beverly Hills plastic surgeon is called in after a beautiful pop star is violently disfigured, he thinks his job is to restore her looks, but soon fears he's there to surgically erase all trace of the crime.

Plastic is a novel of psychological suspense about some desperate Hollywood image makers who conspire to do the ultimate cover-up. When Dr. Harry Previn fails to restore Fay Wray, the ravishingly beautiful nineteen-year-old pop star at the center of this predicament, a conspiracy ensues to fake her death offering to lock in her beauty and give her Marilyn Monroe-like immorality, and of course, if she's dead, she can't press criminal charges. For Previn, beauty has become a life or death proposition because his patients are literally dying to be beautiful. Plastic explores the ephemeral world of celebrity and beauty at the intersection of Hollywood and rock 'n roll.

Frank Strausser came of age as a producer, playwright, and novelist while living in The Capital of Good Looks. He studied story and character development with Robert McKee and with the late Milton Katselias, at the Beverly Hills Playhouse. His plays include Psycho Therapy, The Powder Room, The Split, Valentine Triage, and Wishing Well. Plastic is his first novel and he is currently working on his second novel, Here Comes The Son.  He divides his time between Palm Beach and Los Angeles with his wife and son. 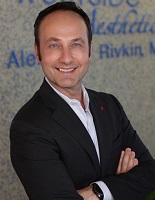 Dr. Alexander Rivkin is a globally recognized expert and lecturer on minimally invasive aesthetics and non-surgical facial sculpting. Educated at Yale School of Medicine and Columbia College, Dr. Rivkin is the founder of Westside Aesthetics – a national clinical and research center of excellence for non-surgical cosmetic procedures. He is best known for inventing and popularizing the Non-Surgical Rhinoplasty procedure. Dr. Rivkin has been featured throughout the national and international media, on shows such as Good Morning America, the TODAY Show and the Doctors show for the revolutionary procedures that he has pioneered.