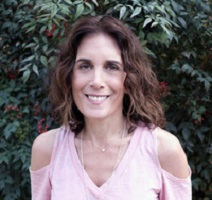 DIESEL, A Bookstore in Brentwood welcomes Janna King back to the store to discuss and sign Malibu Bluff: A Seasonaires Novel on Thursday, May 7th at 6:30 pm. Please note that this event will take place in the lower outdoor courtyard adjacent to our store. This will be her publication party and all are welcome to attend. This event will also raise funds for the California Fire Foundation to help victims of the wildfires that devastated Malibu and other areas of King's home state. King will be making a donation on behalf of each book sold at the event. A silent auction will feature some fun items, including gift certificates from local restaurants, handcrafted jewelry, beauty product collections, and more! Summer-inspired snacks and beverages to be served.

Every summer is designed as a dream for six twenty-something seasonaires chosen by Lyndon Wyld, the founder of her namesake clothing line. This summer takes these influential brand ambassadors to the West Coast, led by last season's Mia, who has been roped back in after her mother's death by a sweeter deal and the hope to leave her grief behind for the California sun.

Mia is thankful that she won't have to live with another former seasonaire, Presley, who is now handling Lyndon Wyld's public relations in Los Angeles after making a meal out of being falsely accused of murder. In Malibu, Mia will share a stunning modern manse with Eve, an outspoken activist; Alex, a gorgeous boundary pusher; Chase, a professional surfer; Oliver, a preppy charmer; and Brandon, the son of Lyndon's business partner, and the young producer of the brand's new digital channel, which will up the seasonaires' social media game.

Lyndon has doubled the salary for her flock to loll on Malibu's beaches, hobnob at Hollywood parties, and live the "planned casual" SoCal lifestyle. Their antics are juicy entertainment for their throngs of fans and followers. But detractors from Mia's past come back to haunt her, and when the line between what's real and what's staged gets blurred, the results could be deadly.

Janna King is a screenwriter, playwright, and director. She has written TV movies and series for Lifetime and The Hallmark Channel, King World and more. Her two short films, Mourning Glory and The Break Up, which she wrote, directed and produced, were official selections at several film festivals. In addition, Janna has written for Disney Junior, The Hub, Children's Television Workshop, and Columbia TriStar Television. She lives in Los Angeles, California.