Tuesday, October 15th at 6:30 pm - Nicholas Meyer discusses and signs "The Adventure of the Peculiar Protocols" 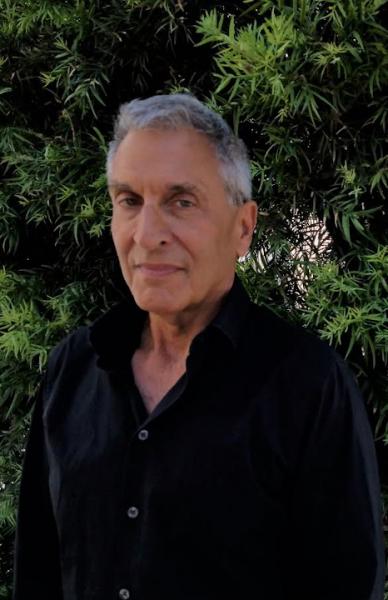 Join us on Tuesday, October 15th at 6:30 pm as we welcome Nicholas Meyer to the store to discuss and sign The Adventure of the Peculiar Protocols!

*Customers may reserve one seat at this event for each copy of The Adventure of the Peculiar Protocols pre-purchased from DIESEL, A Bookstore. Please stop by or call the Brentwood store at 310.576.9960 for more information or to buy a copy. Purchase of the book from DIESEL is not required to attend -- this event will take place in the lower courtyard and is open to the public

Meyer returns with a new, previously unknown case from Watson’s journal—a case that has Holmes and Watson searching out the origins of a 20th-century horror.

January 1905: Holmes and Watson are summoned by Holmes’ brother Mycroft to undertake a clandestine investigation. An agent of the British Secret Service has been found floating in the Thames, carrying a manuscript smuggled into England at the cost of her life. The pages purport to be the minutes of a meeting of a secret group intent on nothing less than taking over the world: The Protocols of the Elders of Zion. A seeming fabrication, Holmes and Watson are sent to determine its origins, and what the perpetrators of this hoax (if it IS a hoax), are trying to accomplish. And why they are trying so hard to keep their handiwork out of the hands of the British Secret Service.

In an adventure that takes the famed duo—in the company of a bewitching woman—aboard the Orient Express from Paris into the heart of Tsarist Russia, Holmes and Watson attempt to trace the genesis of this explosive document. On their heels are desperate men of unknown allegiance, determined to prevent them achieving their task. And what they uncover is a puzzle that only the superior intellect of Sherlock Holmes has any hope of untangling.

Nicholas Meyer is the author three previous Sherlock Holmes novels, including The Seven-Per-Cent Solution, which was on the New York Times bestseller list for a year. He’s a screen-writer and film director, responsible for The Day After and Time After Time, as well as Star Trek II: The Wrath of Khan, Star Trek IV: The Voyage Home, and Star Trek VI: The Undiscovered Country among many others. A native of New York City, he lives in Santa Monica, California.

The Adventure of the Peculiar Protocols: Adapted from the Journals of John H. Watson, M.D. (Hardcover)