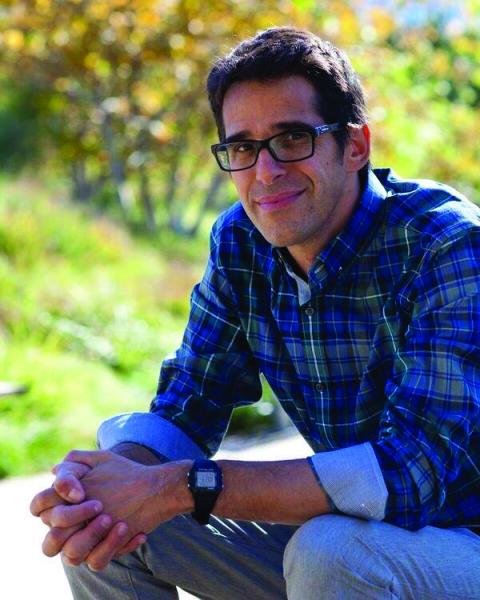 DIESEL, A Bookstore in Brentwood welcomes Ben H. Winters to the store to discuss and sign his new thriller Golden State on Wednesday, February 6th at 6:30 pm. Please note that this event will take place in the lower outdoor courtyard adjacent to our store.

From award-winning, New York Times bestselling novelist Ben H. Winters comes a mind-bending novel set in a world governed by absolute truth, where lies are as dangerous as murder.

In a strange alternate society that values law and truth above all else, Laszlo Ratesic is a nineteen-year veteran of the Speculative Service. He lives in the Golden State, a nation standing where California once did, a place where like-minded Americans retreated after the erosion of truth and the spread of lies made public life and governance impossible.

In the Golden State, knowingly contradicting the truth is the greatest crime--and stopping those crimes is Laz's job. In its service, he is one of the few individuals permitted to harbor untruths, to "speculate" on what might have happened. But the Golden State is less a paradise than its name might suggest. To monitor, verify, and enforce the truth requires a veritable panopticon of surveillance and recording. When those in control of the facts twist them for nefarious means, the Speculators are the only ones with the power to fight back.

Ben H. Winters is the New York Times bestselling author of Underground Airlines and the Last Policeman trilogy. The second novel in the trilogy, Countdown City, was an NPR Best Book of 2013 and the winner of the Philip K. Dick award. The Last Policeman was the recipient of the 2012 Edgar Award and was also named one of the Best Books of 2012 by Slate. Ben lives with his family in Los Angeles, CA.