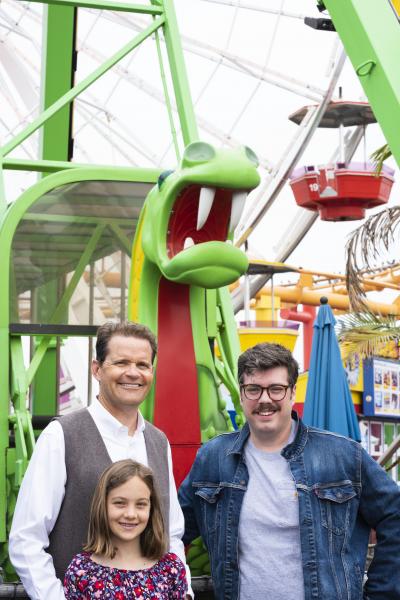 DIESEL, A Bookstore in Brentwood welcomes James Harris, Stella Harris and illustrator Michael Bailey to the store to discuss and sign Stella Rose and the Sea Dragon on Wednesday, May 29th at 6:30 pm. Please note that this event will take place in the lower outdoor courtyard adjacent to our store.

Stella Rose and the Sea Dragon tells the story of a young girl whose greatest love is to play in the ocean. One day she is frightened by a giant, fearsome sea dragon. Still, her love of the ocean and her curiosity about this creature help her to build up the courage to face her fears and, ultimately, make a new best friend.

James and his daughter Stella conceived of this story over several bedtime discussions about how she could build up the courage to ride the Sea Dragon ride at Santa Monica Pier’s Pacific Park amusement park. For a long time she had considered the Wave Jumper (speed boats) to be her favorite, but she always had her eye on the ominous dragon, wondering and wishing. When she was eight years old, she finally gathered the nerve to confront and ride the Sea Dragon, and it has been her favorite ride ever since!

Stella Harris is James’ daughter. Always fascinated by storybooks and storytelling in general, Stella often lives glued to the written page. That is when she is not singing, acting, playing the piano, or exercising her skills on the aerial silks.

Michael Bailey was corn-fed and raised in the Midwestern parts of the Great Lake States. He studied film and television production at Savannah College of Art and Design on a painting scholarship, and currently hangs his hat in wild and woolly Los Angeles. He is the writer and artist of the comics The Happy and the Le Poux series, as well as the illustrator behind the children's book of poetry Now We Are Seven by Jens Köhler. He always wanted to be a cowboy. 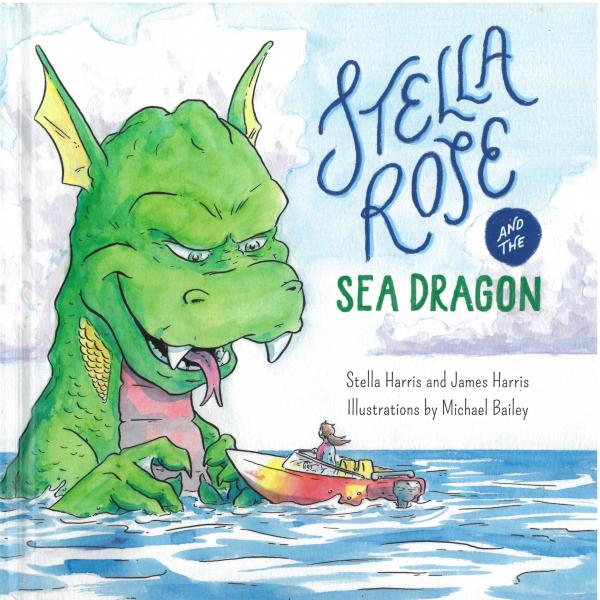 Copies of Stella Rose and the Sea Dragon will be available soon in the store.