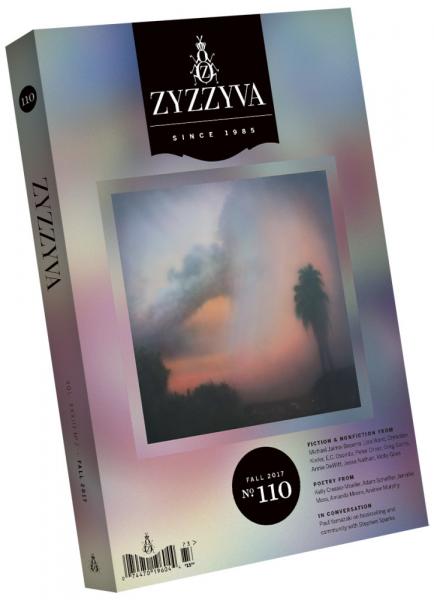 East Bay Booksellers is pleased to host the release of ZYZZYVA's Fall Issue on Friday, September 15th at 7:00 pm.

Anthony Marra will be reading a story by Christian Kiefer from No. 110, and Lori Ostlund will be reading her story "A Little Customer Service," which was named a Best American Short Stories 2017 Notable. We promise a night of exemplary prose and verse, as well as cheer and drink. Since 1985, ZYZZYVA has been one of the country's premiere literary journals. Join us and support what we do.

Amanda Moore is a high school English teacher in San Francisco. She’s at work on finishing her first collection of poetry.

Adam Schorin is a recent graduate of Stanford, where he co-founded and edited West Magazine.

Molly Giles’s short fiction has recently appeared in Cimarron Review, Fiction International, Great Jones Street, and other publications. She is the author of four award-winning collections of stories, including "Creek Walk," and the novel "Iron Shoes."

Lori Ostlund is the author of two books of fiction: The Bigness of the World, which received the Flannery O’Connor Award for Short Fiction, the California Book Award for First Fiction, and the Edmund White Debut Fiction Award, and the novel After the Parade.