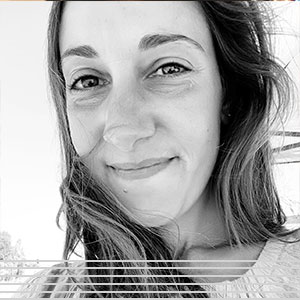 “The Land is a being who remembers everything”.

‘Conflict Resolution for Holy Beings’ is a resonant song cycle that draws the reader through a very personal, visceral, and emotional doorway of Indigenous American experience. Joy Harjo’s poems bring us right into the center of her truth-telling circle, where they act as a type of spiritual instruction, or map, for getting through to the heart of the matter. This is a marvelous and glittering work! I was so delighted when Harjo was named the US Poet Laureate last June, it is so truly deserved.

These books meant so much to me when I first read them, I am now just waiting for enough time to go by until I feel like it is time to read them again. First published in 1920, Undset’s trilogy portrays the life of Kristin Lavransdatter and her orbital world of family, community, faith and politics in Medieval Norway. Oh, maybe you are thinking, this sounds boring and very old fashioned! But no- I promise, these novels offer a picture of human life and relationships that is so touching, so real, so relevant! Scandalous at the time of publication for its frank depiction of female sensuality, Undset’s historical novels are expertly written, insightful, and absolute page-turners. So...what are you waiting for? Medieval Norway is calling.

I have read a lot of criticism for this collection of previously unpublished correspondence between F. Scott and Zelda Fitzgerald, mostly for it being too ‘highly curated’, too ‘one-sided’ (Zelda’s letters far outnumber her husband’s), or ‘wrongly titled’, for making the reader imagine that they could possibly be love letters at all, as many of them were written during Zelda’s periods of mental illness and institutionalization. Some even say that there is just no getting around the ‘facts’ that F. Scott’s terrible drunkenness and Zelda’s drama-causing personality were unforgivably destructive influences on themselves and those around them. Gosh. I suppose that at the surface level, the fantastical life of the Fitzgeralds still just holds too much sway for many to see past it to the actual human lives below. But for those of you who are still open minded on the subject of the Fitzgeralds, and possibly, (statistically, probably) have had an alcoholic parent/relative/friend and/or someone in your life with severe mental illness, this collection of letters may offer you, in particular, something special. Zelda and Scott’s devotion to each other through the wild ride of their lives is astounding, all set against a backdrop of fame, fortune, poverty, a social life peppered with a dozen of the century’s literary and artistic greats, The Great Depression, and a World War. The evidence in these letters of their friendship, support, compassion, and love for each other, as people, flaws included, left me breathless. As soon as I finished the book, I started it over from the beginning. It is true that there are many more letters written by Zelda, however, her writing is extraordinary. They brim over with tactile and detailed descriptions of nature, environment, and emotion. We live in a world where many people still think that alcoholism is a lifestyle choice, and that mental illness is the fault of the afflicted. This work proves otherwise. Often quoted, Zelda writes to Scott, “Nothing could have survived our life.” But goodness, I think she was wrong. In addition to creating a detailed and fascinating portrait of the early part of the last century, this book was a deep and personal comfort to me.

This short fiction by Miranda July is a sizzler. A quirky, almost ordinary plot line quickly evolves to reveal a deep internal world of physical experience centering around female-ness, pregnancy, motherhood, sex, and expression of gender. The characters’ boundaries of body and mind are fluid, strange, and often hilarious, with just enough weirdness and romance to make the reader feel both uncomfortable and wistful. Imagine an all-girl version of Fight Club with more complex characters and a visionary, feminist edge. This little book is probably not like anything you’ve ever read before!

Lesbian necromancers in outer space with animated skeletons, holographic-ish monsters that can (maybe?) kill wizards, abandoned creepy castles on bizarre planets, swordplay, and...what? Apologies. Was that too much? This is the best science fiction/fantasy novel I have read all year. The cheeky and racy writing, (which is excellent), the plucky puns, the well-placed expletives, and a main character that inspires that high-school crush feeling will win you over. The best part? It’s the first book in a trilogy.

Circe, having angered her father Helios, is banished to live out all of her eternity on a magical island. There, she learns the rhythms of the land and its animal and plant inhabitants, and teaches herself to become a witch of nature. She begins to feel that maybe she can be content with her banishment, even if it IS forever. But eternity is a long time, and eventually, as we all know, Odysseus shows up. Madeline Miller’s retelling of this Greek demigoddess’ story is wonderfully humanizing and makes for an addictive read. The perfect book for a vacation or a weekend away!

This complex novel of German-occupied France during World War II was an unknown work, hidden inside the diaries of Irene Nemirovsky until it’s discovery in the 1990’s. After the deaths of her parents at Auschwitz in 1942, Nemirovsky’s daughter Denise kept the diaries protected for 50 plus years. Denise had said that up until that point, she felt that the diaries would have been ‘too painful to read’, and had no idea that her mother’s last work lay inside the pages. I am on my third read of this novel! I find it to be compelling, beautiful, and relatable, with an emotional immediacy that feels thoroughly modern. The writing is expert. I really think it is a literary masterpiece. If you missed it the first time around...it’s a wonderful read, and very relevant to our current political and social climate.